Global CO2 emissions are on the rise 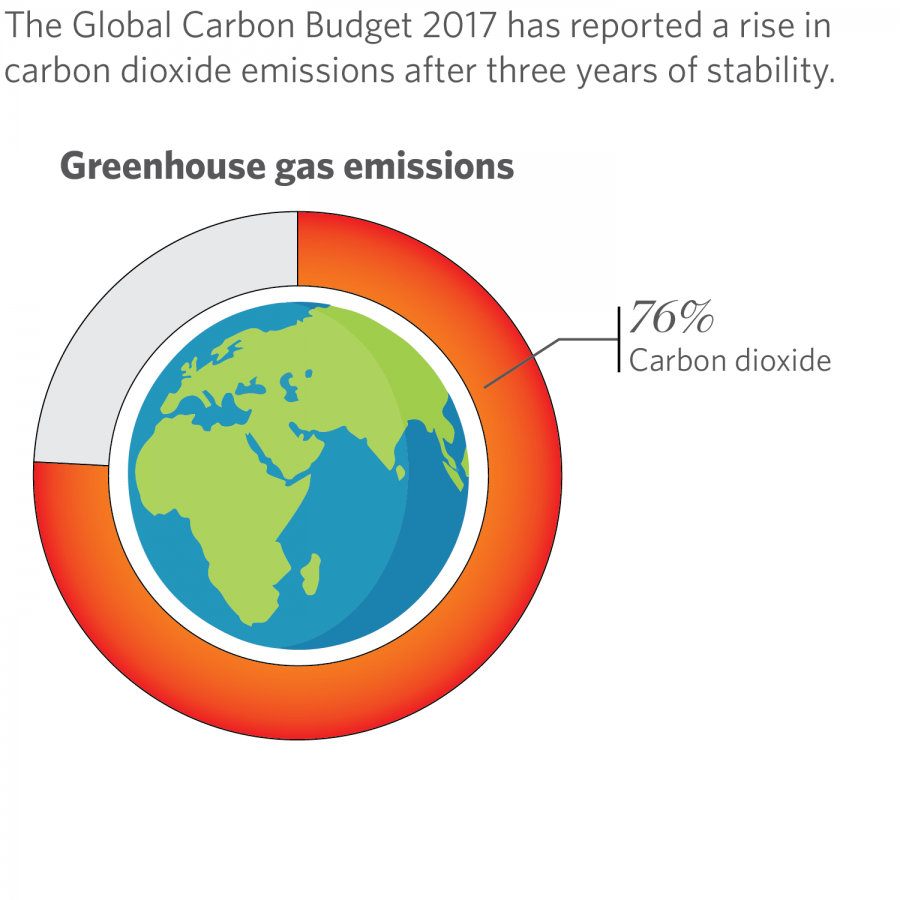 After three years of stability, global CO2 emissions are on the rise again and expected to increase by 2 percent in 2017, according to the Global Carbon Budget 2017.

The budget report is a collaboration between scientists and research centers studying individual components of the carbon cycle across the globe.

The Global Carbon Budget’s purpose is to estimate the global CO2 emissions from fossil fuel burning and deforestation. It also measures where it is distributed in the atmosphere, oceans and the terrestrial biosphere.

Atul Jain, a University professor in atmospheric sciences, contributed data to the report by measuring the amount of CO2 emissions through deforestation and how much CO2 is captured and stored by plants over 250 years.

CO2 is the most impactful greenhouse gas on the climate, said Jain.

Cari Nodus, freshman in DGS, said people should care about climate change, because it will affect people in ways they are not yet sure.

“People don’t realize that CO2 rising is a major issue. We don’t know how we ourselves will be affected. However, we do know how our infrastructure and our livelihoods will be affected, and it is not good,” Nodus said.

Greenhouse gases trap warmth in the atmosphere, making the planet warmer, according to the United States Environmental Protection Agency.

The world’s top CO2 emitters are China, the U.S. and the European Union as a collective whole. The main contributor to the increase in CO2 emissions globally was China, which has seen a 3.5 percent increase in their emissions in 2017 compared with previous years. Following China in emissions is the U.S., which is expected to decrease in emissions by 0.4 percent, Jain said.

The report uses a statistical approach, modeling approach and measurements to report their findings, he added.

CO2 makes up about 76 percent of global greenhouse gas emissions, according to the EPA. The greatest source of CO2 is through the burning of fossil fuel, but it can also be emitted through deforestation, land clearing for agriculture and degradation of soil.

“The amount of CO2 in the atmosphere is higher, so it actually impacts more climate than other gases,” Jain said.

CO2 emissions need to be reduced by this generation, because they will have a greater impact on the next generation, Nodus said.

“Even though we can’t see it now, this will cause major social, economic and environmental issues that will affect us, but also the next generation,” Nodus said.