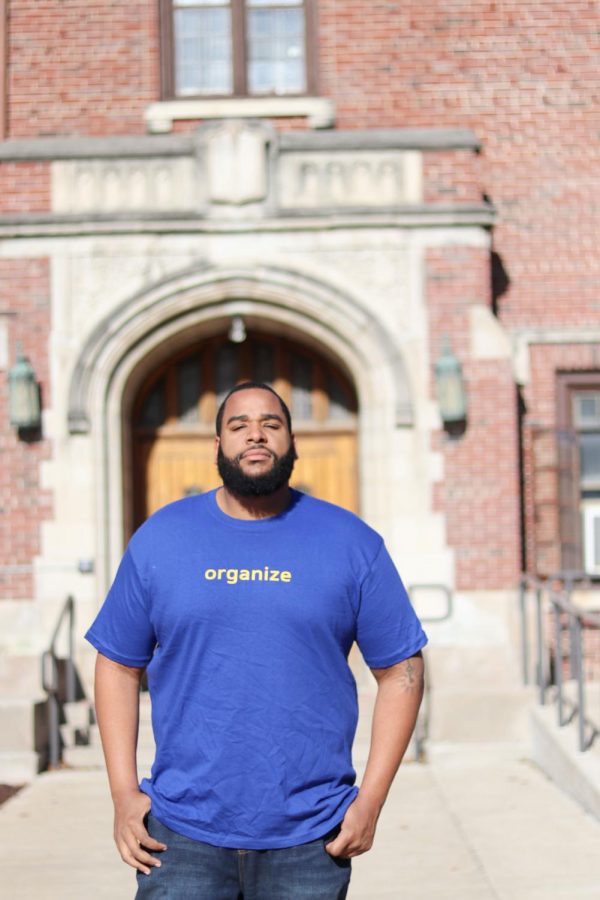 Gus Wood, a fifth-year graduate student in the Department of History and co-president of the GEO, feels unheard.

“The University just doesn’t like to be transparent with us, which is unfortunate because a lot of graduate students right now are freaking out all over the campus about this bill,” Wood said.

He’s referring to a new provision in the House tax bill that would count tuition waivers as taxable income has sent graduate students and University officials scrambling.

“If this bill goes through and the provision is included in the final version of the bill, people are going to be spending their winter break deciding whether they can continue in school,” said Bruce Kovanen, first-year Ph.D. student and chief grievance officer of the Graduate Employees Organization. “For many of us, the tuition waiver is how we got here.”

According to Wojtek Chodzko-Zajko, dean of the graduate college, 6,800 students received tuition waivers in the 2016-17 school year, representing almost 60 percent of the University’s graduate student population.

Currently exempt from income taxes, tuition waivers given to graduate stu=dents in exchange for work have been a staple in graduate education, making education accessible for students who would not have had the resources to afford it.

A provision in the House bill would end the tax exempt status of tuition waivers, treating waived tuition money as income subject to federal income tax.

With the future of the exemption unclear as the Senate and House bills head into reconciliation– a streamlined legislative process– , graduate students and University officials worry that the passage of the provision will trigger an exodus of graduate students who would no longer be able to afford graduate education.

“I believe that this will completely fracture higher education as we know it because people will no longer seek to go into graduate studies if they knew that they would not be able to afford to go there without taking out hundreds of thousands of dollars in loans,” said Wood.

Citing the damaging effects the provision would have on the University of Illinois and seven other colleges in his district, Rep. Rodney Davis (R-Ill.) warned against the elimination of the exemption before voting to pass the bill with the provision still included.

“By repealing this provision, middle-income individuals who rely on these reductions to obtain a college degree will be forced to pay taxes on amounts they never actually physically possess,” Davis said in a letter to the Chairman of the House Ways and Means Committee.

In 2015, the University ranked among the top 10 colleges most reliant on teaching assistants, with graduate TAs teaching 19 percent of all classes, according to US News and World Report.

The possibility of losing current graduate students and a decreasing applicant pool, if the provision were included in the final tax bill, could threaten the research taking place and the University’s ability to staff classes, Kovanen said.

“If the House bill were to proceed as written, it would adversely impact graduate education,” Chodzko-Zajko said. “Every university that I know across the country and all of our peers are watching and studying the situation very carefully and, depending on what happens in Congress, undoubtedly the University would respond.”

Wood lambasted the University’s response as lacking in enthusiasm and insufficient in addressing the alarm amongst graduate students.

Negotiations between the GEO and the University over a new contract for graduate students have dragged on since March. Wood said he hopes that necessity would drive the University administration to take action.

“All of the major universities are going to see a drastic deterioration to the point that some of them will close because people aren’t going to be there to do graduate work,” Wood said. “They need to do something because if they lose their workforce here because graduate students could no longer come here to work at this University, then this University will fall.”

Correction: A previous version of this article gave the incorrect date the Graduate Student Organization began working for a contract. It occurred in March. The Daily Illini regrets this error.