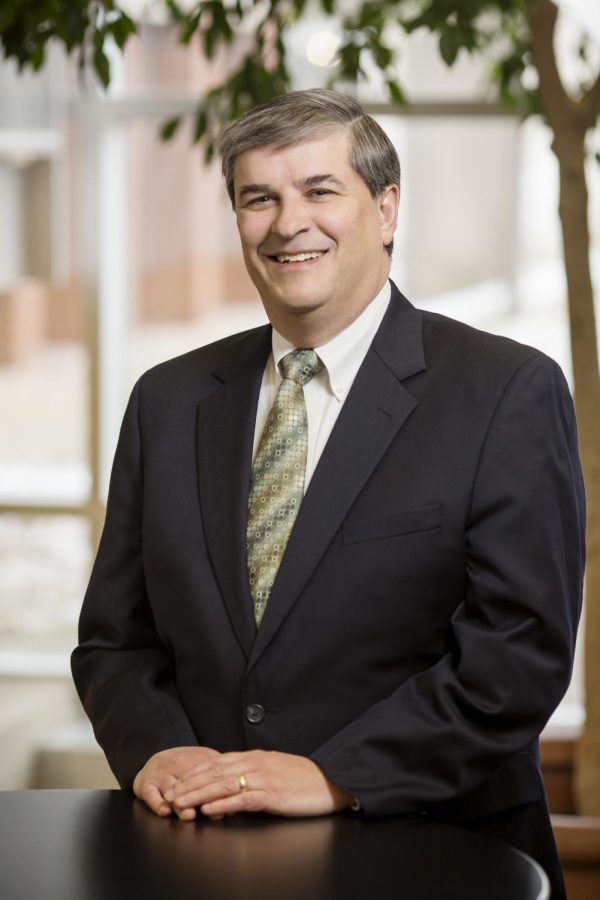 University professor Robert Lawless poses for a portrait. He, among other University faculty and a student, researched bankruptcy misconceptions among minorities.

University professors and a student teamed up on a study focusing on racial stereotypes and the bankruptcy system, the most recent in a string of studies on this topic.

According to the latest study, both the original data from 2007 and the replicate data from 2013 to 2014 show African-Americans are approximately twice as likely to file chapter 13 bankruptcy compared to all other races.

However, the study also shows about 60 percent of the consumer bankruptcy attorneys believe it is whites who are twice as likely to file chapter 13 bankruptcy.

Robert Lawless, law professor and co-author of the study, said chapter 13 bankruptcy is generally not as advantageous as the other option of chapter seven bankruptcy, so it is problematic that there is this racial disparity.

“We can’t exactly prove this, but we think that the most likely explanation is that the attorneys are projecting commonly held stereotypes about who does pay and who can pay their creditors back in making these estimates,” Lawless said.

The study found non-experts actually do better than bankruptcy attorneys in estimating the percentage, Lawless said, because experts are much more likely to deviate from the base rate, which makes them more likely to be wrong.

“It’s a well-known phenomenon that experts will overestimate their own ability to know, and will be more willing to deviate from the base rate,” Lawless said. “We all are very bad at knowing the boundaries of our knowledge.”

Faith Shin, fifth year social psychology PhD student and co-author of the study, said it is generally believed people with a front-row seat in the justice system will know the justice system and have privileged insight into how it works.

“However, when it comes to matters in which there are powerful social stereotypes, we simply fail to notice (or mentally invert) the inequities appearing before us,” Shin said in an email. “And part of the problem is that stereotypes are seductive. They can make people feel like they know what’s going on, even if they don’t.”

Dov Cohen, psychology professor who worked with Lawless on the study, said in an email sometimes what people expect to see is more powerful than what people actually do see.

“No one knows how long this disparity has existed, but the two findings suggest that the disparity may be a relatively enduring part of the bankruptcy system,” said Cohen.

“There will be about a million people using the federal bankruptcy court this year, it’s a huge part of our social safety net, we don’t really think of it that way, but it really is,” he said. “So just the fact there’s a racial disparity should be troubling.”

Lawless said the study is in some ways calling for the system to make good decisions, have good policies and run a good court system with datas instead of impressions and anecdotes.

“The bankruptcy system is something none of us wants to think about at all,” Lawless said. “It’s one of those things you don’t ever want to have to use, but you want it to be running well if you ever do need it.”

“When you look, there’s no other racial effects except on blacks,” Lawless said. “Collapsing all the other race categories, really the story here is blacks and bankruptcy versus all other races.”

Lawless said when the study first came out, there was a lot of resistance, but people are more and more accepting of the truth after reading and talking about the study.

Shin said many students are interested in improving the justice system or reducing inequities and disparities. The results of the study suggest using hard data, rather than impressions and guesses based on preconceptions, can reveal disparities that even insiders fail to notice.

“We believe this paper illustrates this point that actual data on who files what, rather than subjective judgments, are more likely to tell us what is happening on the ground, and whether improvements are being made toward a more equitable system,” Shin said.