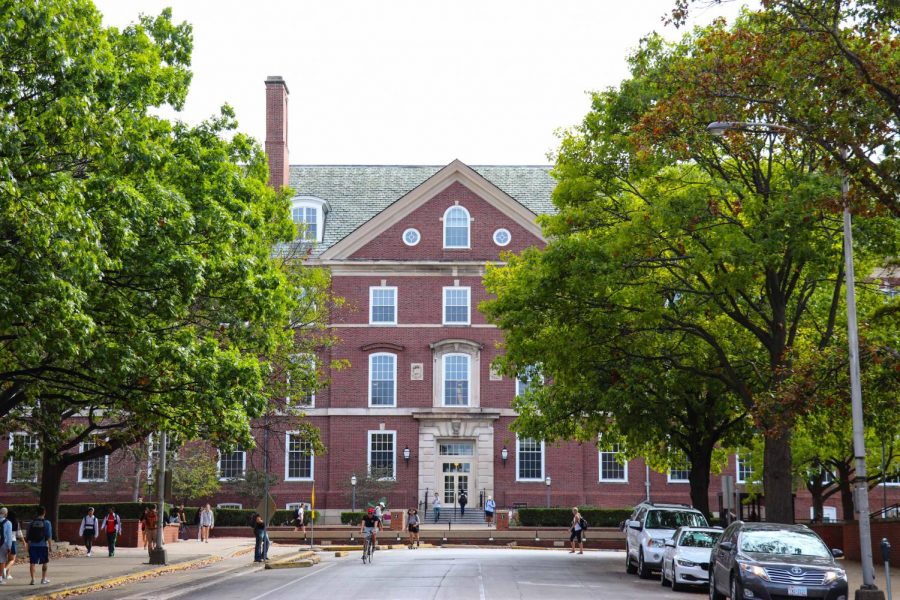 The Main Library is located on S. Wright St.

The 14 millionth volume is “The University of Illinois: Engine of Innovation” by Frederick E. Hoxie, a retired professor of history, law and American Indian studies.

“The library is the behind the scenes player for research and learning here on campus, so the Fred Hoxie book highlights some of the great innovations and discoveries that have occurred on this campus (that) the library feels like we’ve been apart of by supporting our faculty and our students,” Koeneman said.

This book and the other millionth volumes will be put in a permanent display on the first floor of the main library. The display will be located in the north-south hallway, across from the Bronze Tablets in the Main Library.

“The Main Library was actually built with the idea of being able to contain a one million volume collection in the early 1900s, the idea of a million volumes in a library was considered something huge, it would put us in the same category as other great libraries around the world,” Koeneman said. “Since then, we have kind of tracked that and we’ve become the largest public university library in the country.”