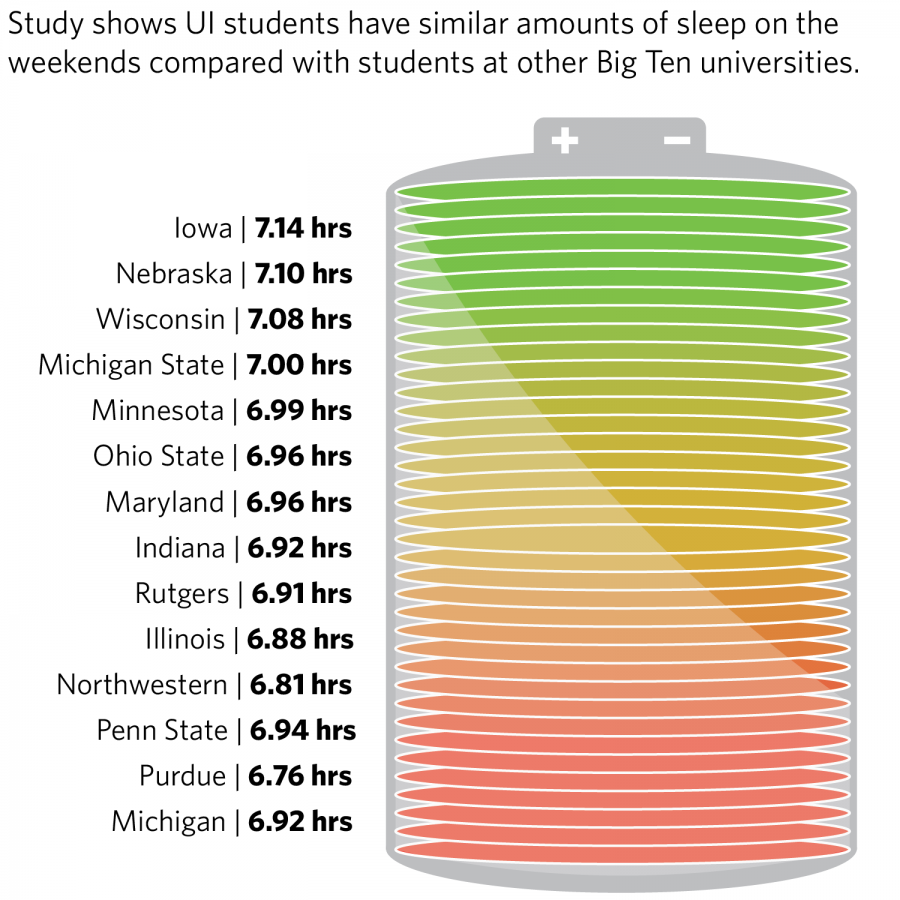 Normally, Nader would sleep six to eight hours every day, but the upcoming of finals makes it a distant dream. In the three times his head touched the pillow this past week, Nader said he could hardly think of anything before the sleep devoured him.

On average, University students went to bed at 12:57 a.m. and sleep for 6.88 hours in total on weekdays, according to US News and World Report.

“Prioritizing studying over sleeping probably is not a good thing,” she said. Nevertheless, she tends to go to bed roughly two hours later than usual due to the demand of coursework during finals week.

Cramming right before the exam is invariably worse than studying during the entire semester, as shown in a study by Philip Alapat, head of the Harris Health Sleep Disorders Center. The study said that pulling all-night study sessions can actually hurt students’ performance on exams.

David Henry Ward, Interim Head of the Undergraduate Library, said both the UGL and Grainger Engineering Library have extended their hours to 24 hours. The UGL will be open 24 hours from Dec. 10 to Dec. 20, while Grainger will be open from Dec. 14 to Dec. 21.

Meanwhile, libraries will collaborate with McKinley Health Center in putting up flyers to advertise the importance of sleep, Ward said.

“While the UGL is open all night by student request, those who prefer studying late at night should still adequately plan for sleep during other hours of the day,” Ward said.

A study by the Lithuanian University of Health Sciences on its medical students finds that poor sleep quality leads to lower levels of academic achievements, and even the subjective feeling of obtaining sufficient sleep influences greatly students’ academic performance.

To have better-quality sleep and to avoid sleep problems like insomnia, students need to institute a strategy for sleep hygiene, Woodward said.

“Basically, it means going to bed the same time every night,” Woodward said. “Preparing your body to sleep by avoiding computers, phones and TVs for two to three hours before bed helps maintain the correct level of melatonin in your brain to get a good night sleep.”

Students should also avoid caffeine after supper and exercising right before bed, Woodward added. Things to do would be using soft music, taking a warm shower and turning down bedroom temperatures to prepare for sleep.