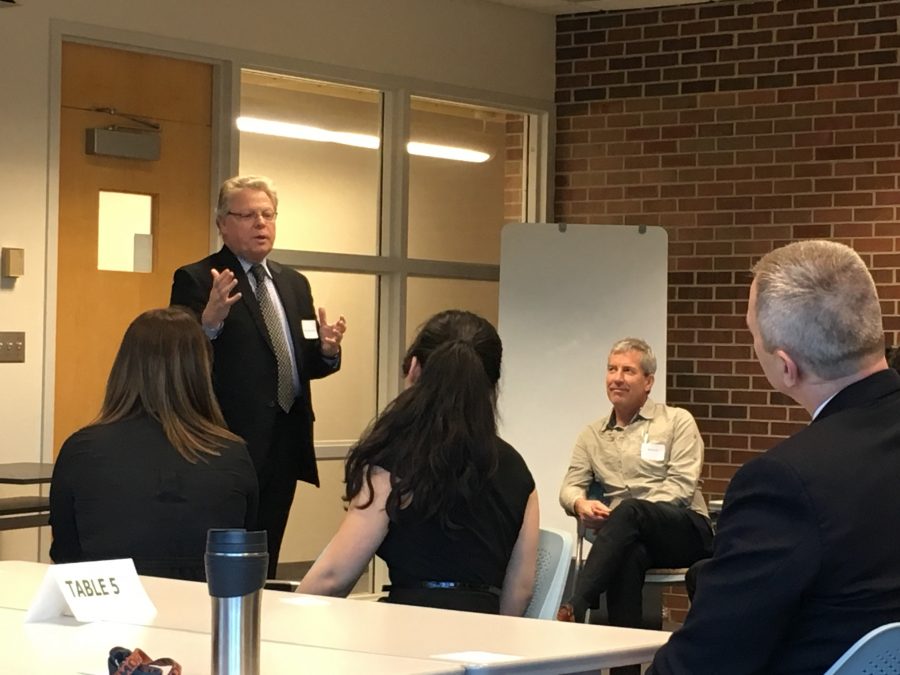 As the semester draws to a close, the new appointees in University leadership assume various roles and articulate a hopeful vision for the future.

Rashid Bashir, department head of bioengineering, became the executive associate dean of the College of Medicine where he will work alongside Dean King Li, who was appointed in 2016.

Established in 2015 by the University of Illinois Board of Trustees, the program is the first engineering-based college of medicine in the nation.

While chairman of the curriculum committee and interim vice dean, Interim Provost John Wilkin credits Bashir with propelling the College of Medicine forward.

Taking the reins on Sept. 16, Stephen Anderson, the new dean of the School of Social Work said he hopes to utilize the University’s extensive connections with the surrounding community to transform divergent communities across Illinois.

Anderson said in an email he wants to hone in on assessing areas of strength and need within the School of Social Work and developing research and training initiatives with state government agencies around child welfare and mental health issues, in spite of budget concerns.

Anderson said he hopes to keep the University on the cutting edge of research, education and engagement by incorporating technology into social work research and education in order to address social problems.

“The high level of idealism that this generation of students displays is exciting, and provides both opportunities and challenges regarding how best to engage and educate students to create innovative solutions to social problems,” he said.

Nov. 15: Provost of University of Illinois

Andreas Cangellaris, dean of the College of Engineering, will begin his role as provost on Jan. 16, 2018.

Cangellaris said his goals include implementing a budgeting model that he said would help move the University forward.

During his time as a professor and researcher at the University, Cangellaris developed microelectronic industry design methods and computer tools. He also became a fellow of the Institute of Electrical and Electronic Engineers and received a Humboldt Foundation Industry Research Award.

Cangellaris also helped develop a plan to create the Carle Illinois College of Medicine in 2015.

Cangellaris said he was excited and honored to become provost of the University.

“The University of Illinois at Urbana-Champaign is one of the most well-respected public schools in the nation,” Cangellaris said. “So being named to this position is a great honor and a privilege.”