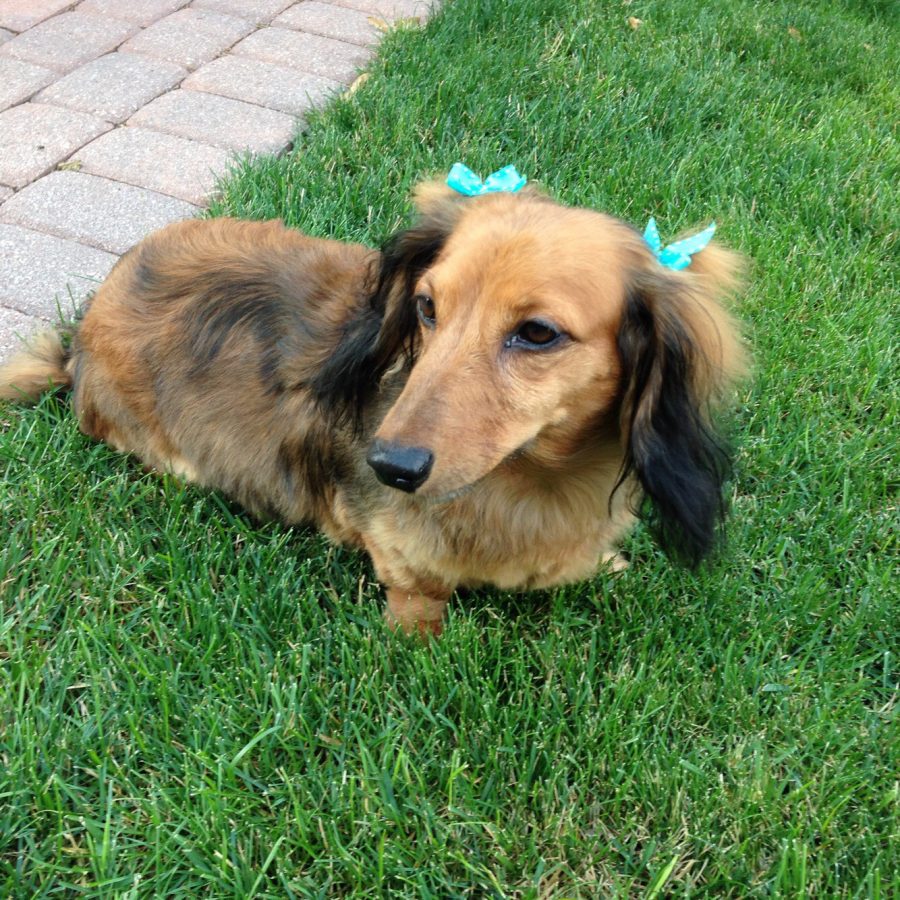 Pretzel is one of the domestic dogs who plays a role in the next phase of testing for cancer drug PAC-1, a form of cancer treatment University chemistry professor Paul Hergenrother discovered.

A drug that targets cancer cells’ ability to self destruct was recently cleared to be used in clinical trials for brain cancer patients.

Patients with glioblastoma multiforme, an aggressive cancer of the brain, will be using this drug, PAC-1, with temozolomide, a traditional chemotherapy drug used as the standard form of treatment for brain tumors.

This new phase is part two of a phase I clinical trial that has been active since 2015, though PAC-1’s cancer fighting abilities were discovered by University chemistry professor Paul Hergenrother over a decade ago.

Eventually, Hergenrother teamed up with Dr. Timothy Fan, a veterinary oncologist and University professor of veterinary clinical medicine, to test PAC-1 in pet dogs with various types of cancer.

Wanting to move PAC-1 to the clinical stage, Hergenrother helped found Vanquish Oncology, a drug development startup company, in 2011. He brought in Fan and oncologist Dr. Arkadiusz Dudek to help administrate the company.

With cancer, the process for organized cell death is nonfunctional, causing cells to grow and accumulate, said Dudek, who now chairs an advisory board for Vanquish.

“In addition to some form of additional stress to those cells, like chemotherapy or radiation, some of those cells will still not die because the programmed cell death is still inactive,” Dudek said.

PAC-1, which stands for Procaspase Activating Compound-1, works by activating procaspase-3, an enzyme that stimulates cell death, he said.

Fan’s PAC-1 testing in pet dogs has focused on four types of cancer: immune system  (lymphoma), bone (osteosarcoma), brain/spinal cord (meningioma) and glioma, a brain cancer found to be similar to glioblastoma in humans. One study carried out in 2016 found that PAC-1 used in combination with doxorubicin, a chemotherapeutic drug, saw tumor reductions in three of the six dogs with osteosarcoma and three of three dogs with lymphoma.

“We feel there is opportunity that pet dogs with naturally occuring cancers can provide high value information that would be useful in guiding the development of similar therapies for people,” he said.

Of the dogs treated with PAC-1 in combination with other types of treatment like chemotherapy or radiation therapy, Fan said there were significant decreases in tumor size.

“We can’t say that reduction in tumor size is hinged upon the addition of PAC-1, but nonetheless, we are very excited about some dogs that have shown some promising responses that we might not have otherwise seen if they were only treated with conventional therapy,” Fan said.

In human trials, Dudek said they have explored dose levels of the drug to determine a safe dose of PAC-1, starting with a small dose and working their way up to avoid toxicities. They have now reached a six dose level in human patients.

Two new trials for PAC-1 are likely to launch this year for patients with melanoma (a skin cancer) and metastatic soft tissue sarcoma (a tissue cancer). These trials will be part of phase II trials where researchers will look at activity levels to determine the worth of using PAC-1 to specific tumor types, Dudek said.

“Perhaps at that point, if the drug performs well, it will lead to the approval of the drug to be available to other patients in the United States,” Dudek said.