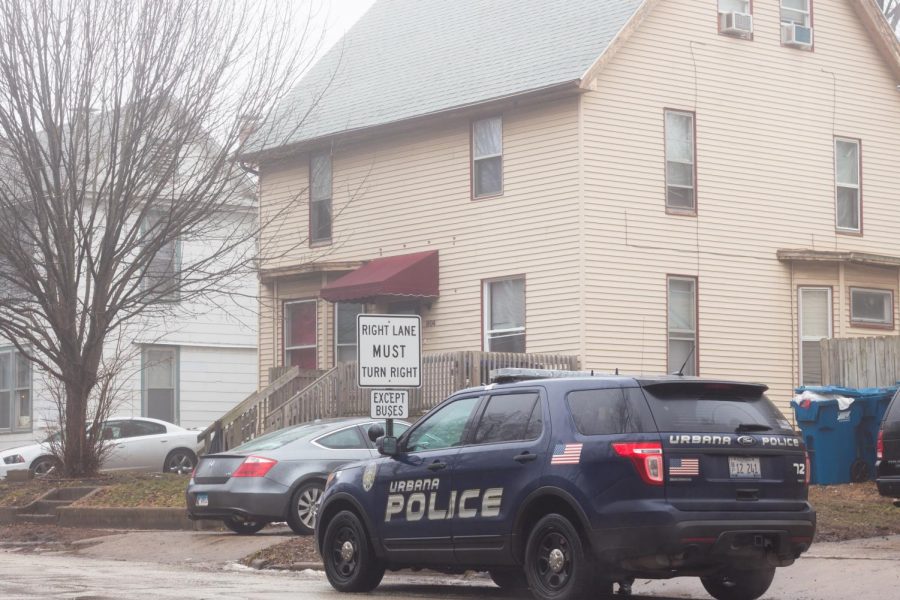 A police car is parked in front of 804 W. Springfield Ave.

Darrion Devon Brown, a 23-year-old Champaign man, was located and arrested as one of the offenders of the shooting incident at 804 W. Springfield Ave. on Sunday morning.

Urbana police detectives coordinated with Illinois Department of Corrections Parole to attempt to locate Brown after learning his name during the course of the investigation, according to a Monday morning Urbana Police Department press release.

Brown was located at his residence on the 1500 block of West Kirby Avenue around 11:45 a.m. Sunday.

Property that is believed to belong to one of the victims of the armed robbery that occurred just prior to the shooting was recovered from Brown’s apartment after a court authorized search, according to the press release.

Brown was transported to the Champaign County Jail and is expected to appear in court today. He is to be charged with multiple counts of armed robbery and aggravated battery with a firearm.

The investigation is ongoing, and the UPD is urging anyone present at the house party or anyone with video or photographs to contact UPD detectives.