Travel support to Israel and Mexico issued to University faculties 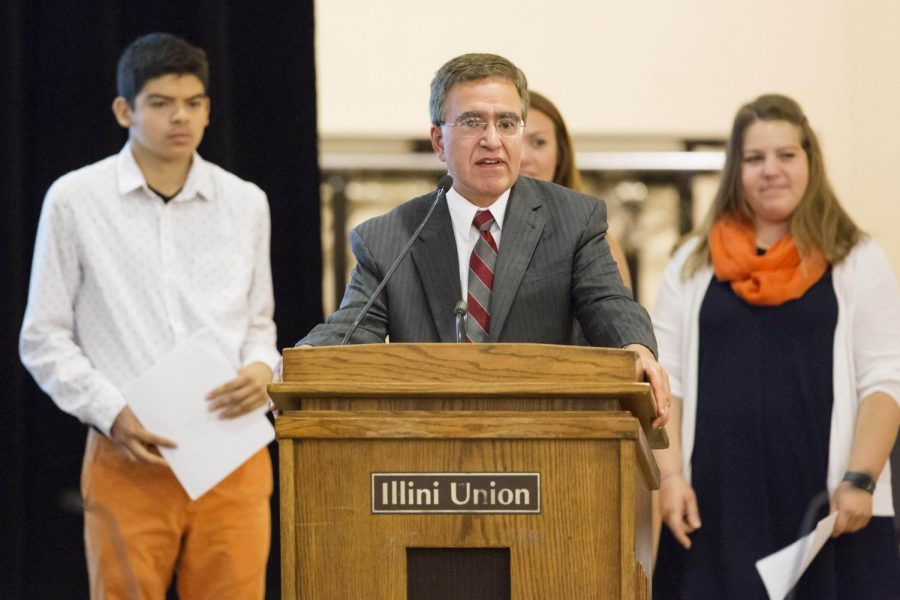 Pradeep Khanna, the associate chancellor for corporate and international relations, reported on preparations for the university’s sesquicentennial celebration.

The Office of the Vice President for Economic Development and Innovation has issued travel support for University faculty to go to major universities in Israel and Mexico.

Fifteen total week-long travel grants are open for faculties to apply, with the deadline for proposal on Jan. 31. The key areas of interest for the grant include, but are not limited to, cybersecurity, food and agriculture, health and wellness and entrepreneurship, according to its application page.

Pradeep Khanna, associate vice chancellor for Corporate Relations and Economic Development, said the grant sits among a series of University programs to help students and faculty travel internationally and learn from their international experiences.

But the main focus of the grant is to further research on globalization, he said.

“The University is a very international university,” Khanna said. “By building new globalizations, (the grant) will lead to research on highly impactful topics, which are globally relevant.”

The possible destinations of the travel grant include Weizmann Institute, Hebrew University of Jerusalem, Tel Aviv University, Ben Gurion University and Technion in Israel, and National Autonomous University of Mexico, Tecnologico de Monterrey and the National Institute of Public Health in Mexico.

Khanna said the travel grant reflects one dimension of the University’s international policy, while furthering the four missions of the University: research, teaching, public engagement and economic development.

According to Khanna, the travel grant, which must be completed prior to the end of summer, is issued by Edward Seidel, vice president for Economic Development and Innovation.

“In the last year and a half, the president and the senior leaders of the University have visited Mexico and Israel, and had a series of conversations with their counterparts in major universities in these two countries about building research on globalization,” Khanna said.

Khanna said he hopes that faculty will not hesitate to take advantage of the grant, but is reluctant to make any predictions on its influence.

“From what I’ve seen, the University has always taken a huge stance toward connecting the world globally,” he said. “If it benefits the students or professors in the University, it’s fine by my book.”

Cady Sommer, freshman in DGS, said the grant sounds interesting because it explores the notion of diversity.

“We can learn a lot from these countries,” she said. “I think it would be cool to see what kind of experience (the faculty) would get from visiting those countries.”

Khanna said hopefully the grant will lead to the strengthening of existing globalization efforts as well as the development of new ones.

“The overall message of the grant is that international globalization researchers are important, and the University values these researchers and wants to support them to every extent possible,” he said.