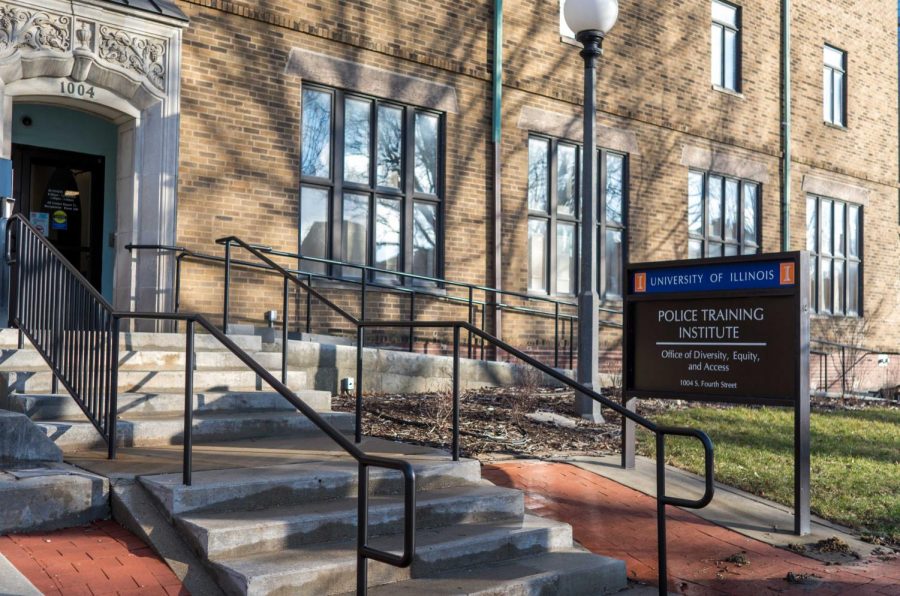 The outside of University PoliceTraining Institute located at 1004 S. Fourth. St.

A handgun has been missing from the Police Training Institute shooting range, 609 E. Curtis Road, in Urbana over a year ago, though it was just publicly reported Jan. 10.

The incident was reported in the University of Illinois police blotter this year, but authorities and Police Training Institute staff are not sure of the exact date of when the gun went missing. The blotter predicts it was sometime around December 2016.

The institute does an inventory every few months for weapons and ammunition, and after the inventory of December 2016 was taken, an employee noticed a gun was missing, Patrick Wade, communications director for the University of Illinois Police Department, said.

The employee who found that the gun was missing was not named on the blotter, but Wade said only about five Police Training Institute staffers have access to where the guns are stored.

“The Police Training Institute has procedures in place accounting for weapons and ammunition at the firearms range,” Michael Schlosser, director of the institute, said in an email.

Schlosser said there are strict safety policies that are implemented in these areas to ensure their security. Wade said there are multiple ways this gun could have gone missing, and neither the UIPD nor the institute knows for sure if it was actually stolen from the safe.

“At that shooting range, they have a firearm inventory for the recruits coming here taking classes,” he said. “So they can borrow guns.”

It is definitely possible that the gun was loaned to a trainee, and he or she never returned it when they were done, Wade said.

He said it is necessary for police officer recruits to use the shooting range that the Police Training Institute provides as a part of their training.

The gun is worth around $400, according to the police report.

“This is an extremely rare situation, and we are implementing even more stringent procedures on the issuance and accountability of all firearms and ammunition at the (Police Training Institute) firearms range,” Schlosser said.

Wade has been working with the UIPD for just over three years and said this is the first time he has seen a situation like this occur. The institute just wanted to make sure UIPD was aware there was a missing gun so they could look out for it.

“(The institute does) a really good job,” he said. “Things that are in secure areas are really secure.”

It is still unknown what happened, and Wade said they are not sure if this incident could have been prevented.