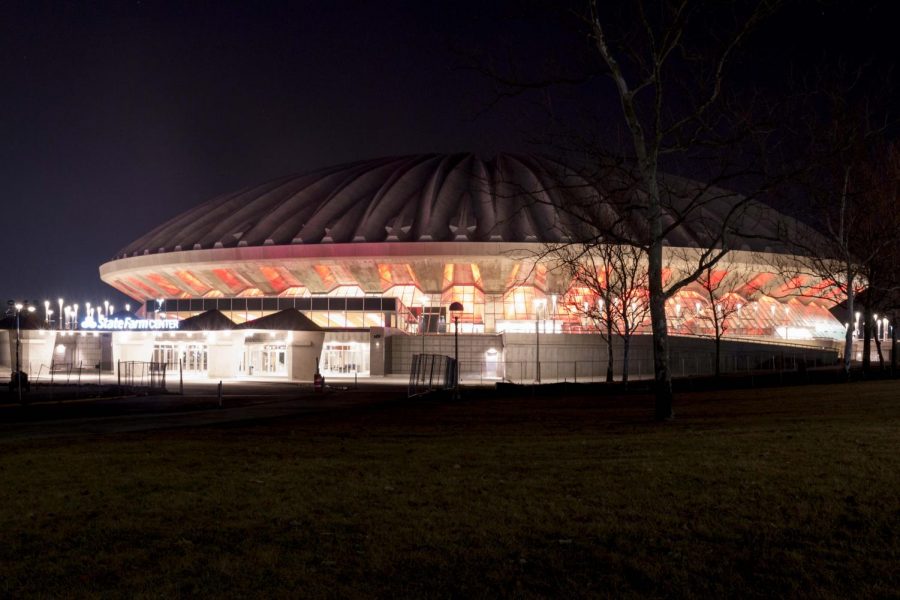 “I emphasize again that I did not, at any time during the evening of January 22, 2018, record anyone urinating nor did I record anyone in a state of undress, nor is there, or has ever been any such footage on my phone,” Rosenstein wrote in an email.

Rosenstein said he never directly or immediately followed Dozier into the bathroom in question, and he said he entered the bathroom with two security men outside, the hallway virtually empty and the game in progress.

“I entered the bathroom for the purpose of investigating if it was being used as a private staging area for the Doziers and Mr. Cruz to put on the Chief regalia, and if any university employees were in there participating,” Rosenstein wrote.

Rosenstein said the Doziers and Ivan’s friend and current Chief Illiniwek portrayer, Omar Abraham Cruz Aranda, were the only people in the bathroom while he was present, to the best of his knowledge.

Dozier was fully clothed and standing by a sink near the door, nowhere near the urinals, at all times while Rosenstein was present, Rosenstein said.

“In fact, no one was visibly in a state of undress while I was present,” he said.