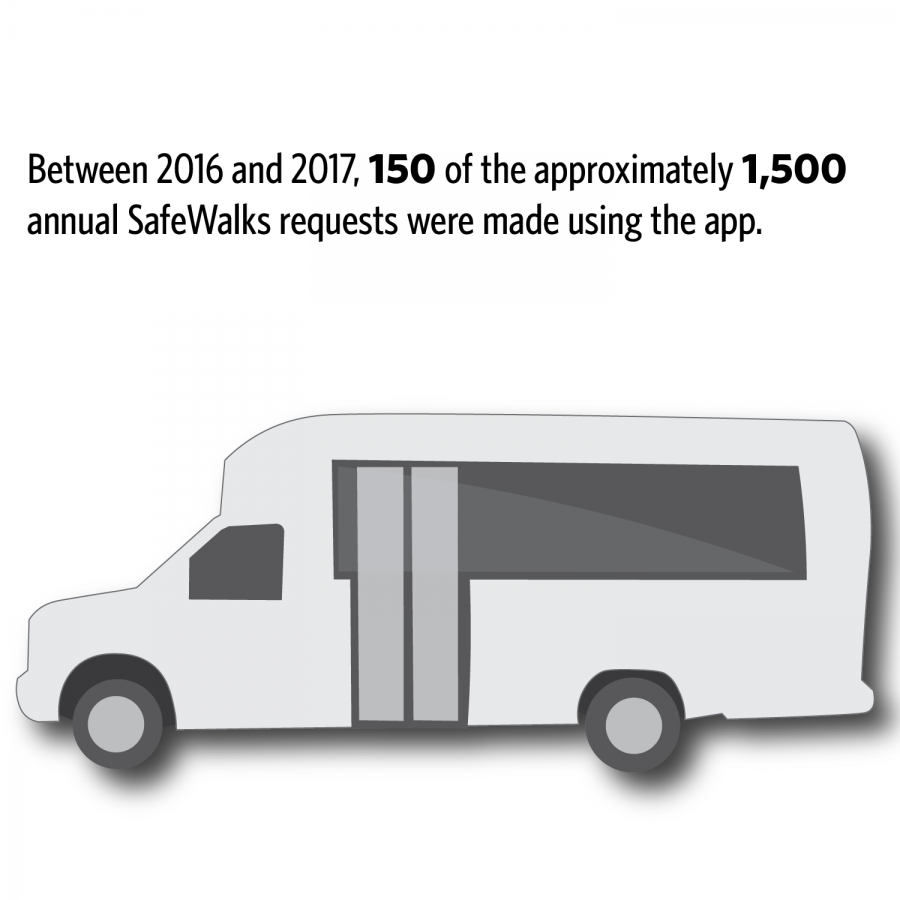 Almost one year after the University of Illinois Police Department took down its SafeWalks app, it is now looking for volunteers to test a new version.

The SafeWalks app provided students and faculty with the option to get student patrols to escort them around campus. The app’s purpose was to help students feel safe when they are walking alone at night, when the chances of being in an incident or violent crime is higher.

Ryan Johnson, campus security coordinator, said the new version is supposed to run better, as the update focuses on the functionality rather than new features.

“The (new) app would work very similar to the one we had before,” said Johnson. “What we found is that the old app, when it (was) initially created, was useful. But there were a lot of technical issues that require (maintenance on a) regular basis.”

The first version of the app was developed by University student Michael Hao and Jeffrey Huang in 2015, according to the article “SafeWalks to release mobile app in late February.”

Johnson said the person in charge of the update now is also a student patrol officer, who happened to be the roommate of one of the original developers. However, Johnson said he wants to keep the information of the developers within the department.

Johnson also said he was the one who came up with the idea for the app.

“I unfortunately don’t know computer coding, so I (needed) to find someone who could develop the app, who has a technical background,” Johnson said. “But ultimately I was the one who saw there is the need for an app like this to make it easier for students to request (SafeWalks).”

Johnson said the new version will be made more user-friendly with lots of visuals, so students whose first language is not English would be able to utilize it as well.

John Kumar, junior in Engineering, said he thinks the SafeWalks app will make the service more approachable to students.

“Most ways people calling for transportation are through the apps like Uber and Lyft,” Kumar said. “Another thing about the app is that you don’t need to remember the phone number; you can just open the app wherever you are.”

The Android version of the app will be made public in the spring, while the iOS version will be released in the fall. Among the approximately 1,500 SafeWalks requests made every year, Johnson said about 150 of them were made through the app between 2016 and 2017.

“(The first version of the app) was utilized for a semester or two, and there are definitely several people who utilized the app,” Johnson said. “But we are looking to increase that; we want hundreds and thousands of people to utilize the app now.”