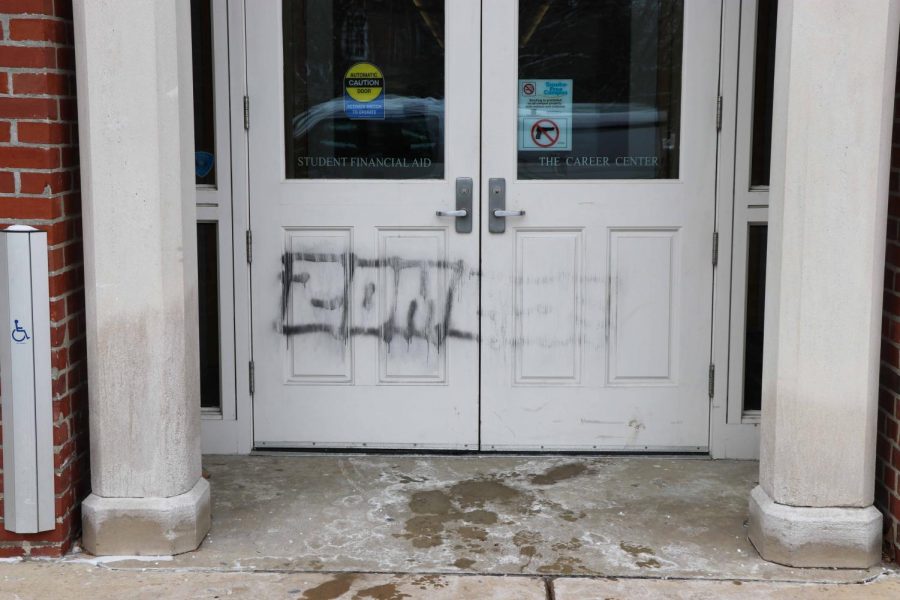 The Student Services Arcade Building is among the buildings across campus marked by graffiti Friday.

Currently, there are no suspects and the graffiti tag’s meaning is unknown. Police are looking through building surveillance to possibly identify the offender.

The same graffiti tag was found on the four buildings and they were tagged at around 1 a.m. Friday.

This is the first time UIPD has seen this specific graffiti tag and believe the graffiti was done by a first-time offender.

“A lot of people have their own mark or own tag,” Wade said. “It’s not graffiti that we recognize.”

Wade said police would have to talk to the person who did it in order to find out its meaning.

Sohm Apte, sophomore in LAS, didn’t know about the recent tagging of campus buildings but called it a nuisance.

“(The graffiti) could be in response to something,” Apte said.

Students have used graffiti, in the form of chalk writings, to voice their opinions before, in both pro-immigrant and anti-immigrant responses.

The removal of the graffiti will cost $500 per building.

Matt Schiffner, freshman in DGS, believes that money could be spent elsewhere.

“I think it’s kinda stupid that people are going and graffitiing on walls when it’s going to cost that much money to remove it,” he said.