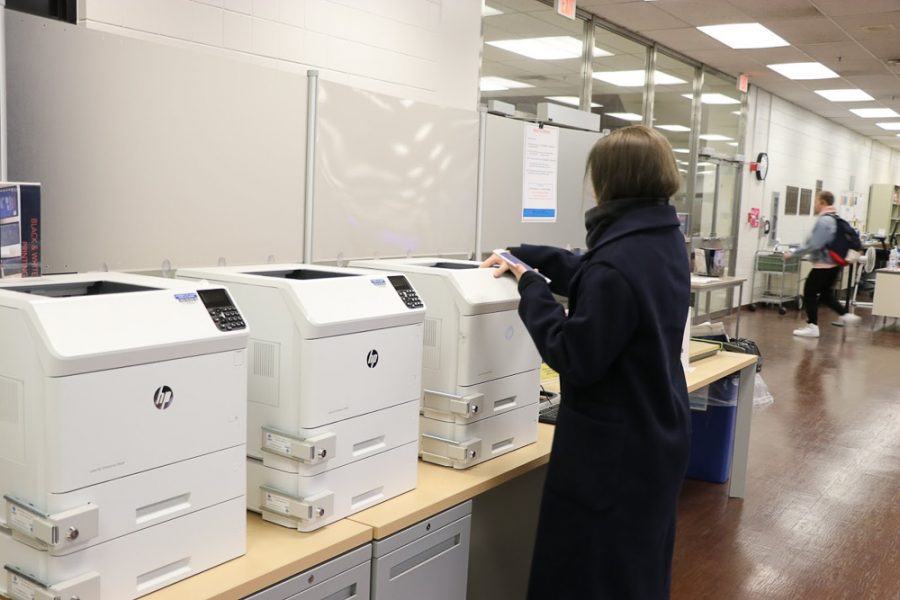 Andy Miles, sophomore in Media and student worker at the Communications Library, has been busier lately because he has to constantly explain the same printing payment procedure to students.

After the decision by the Office of Business and Financial Services to terminate support for billing print charges to student accounts, the “bill me later” option was no longer available for printing services, said David Ward, associate professor at the University.

The “bill me later” option was convenient for students when printing because it allowed for the accumulation of printing charges on their accounts, but students would often forget to pay that account balance, said Thomas Hardy, executive director at the Office for University Relations, in an email.

“In most cases printing charges are assessed long after students or their parents have paid their student account balance, and therefore do not think to check their account for additional charges,” Hardy said.

Also, as many students enroll in payment plans that automatically deducts monthly payments from their bank account, they often fail to add additional printing charges to their monthly balance, he said. This unpaid balance could result in a financial hold for registration. If students left the University owing a balance, they would be sent to collections.

“The University does not want unpaid printing charges assessed during a student’s final semester to result in collection activity,” Hardy said. “Delinquent balances are costly to the University and create inconvenience for students, including interfering with ordering transcripts.”

In-advance payments through Illini Cash is now the main billing option for printing, with the exception of the ‘point-of-sale’ option at the Undergraduate Library, Hardy said.

However, the change made on Jan. 1 is still in the transition phase with students, Miles said. He said one or two students approach him asking how to print every hour.

Megean Osuchowski, coordinator of University Library help desk, said she heard about the change as early as summer 2017, and it is a change people have to get used to.

“I can’t really say whether the change is a good thing or bad thing, but it’s something we need to do as we don’t really have many alternatives,” Osuchowski said.

Hardy believes the change to Illini Cash makes it more convenient for students to print, as they can add funds through the University Housing website and through the UI mobile dining app.

“The University does not want printing charges to interfere with students’ academic progress,” Hardy said. “Illini Cash is more convenient to students rather than having to deal with small amounts on their bill which may cause other inconveniences.”