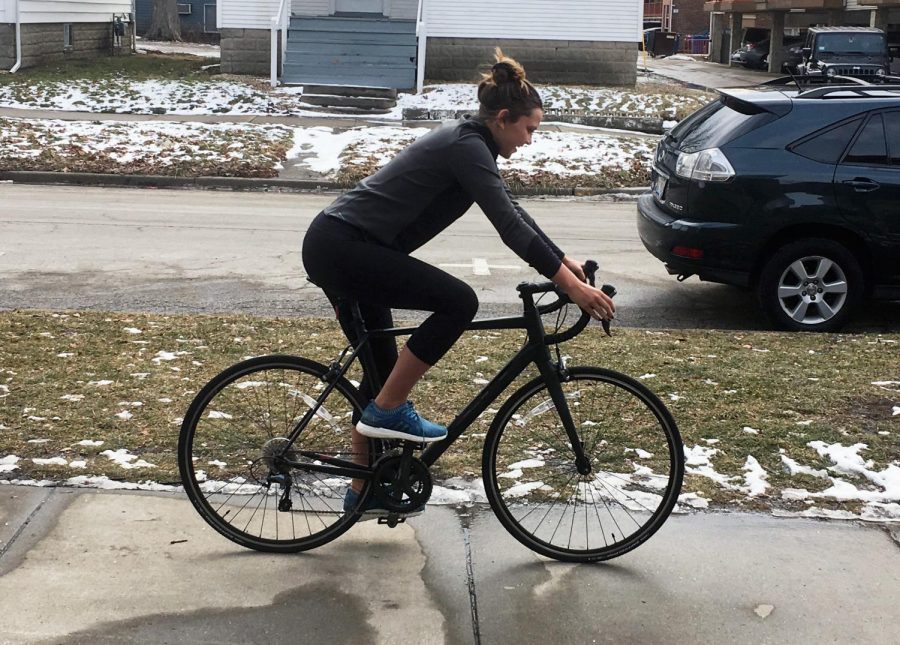 Kathy Powell has an unconventional plan after graduating this May; she is going to cycle across the United States.

Powell, senior in FAA, is currently training for the 2018 Illini 4000 Bike America ride, where she will log an average of 70 miles per day along with 24 other cyclists.

“My main inspiration for joining Illini 4000 is the family members I have lost to cancer and the ones who have won their fight against cancer,” Powell said in an email. “It’s hard sitting on the sidelines and watching loved ones suffer.”

Illini 4000, the non-profit organization dedicated to raising money for cancer research, began at the University in 2007. Members agree to a $4,000 fundraising goal and ride an average of 4,000 miles across the country.

Along with their fundraising goals, members participate in the Portrait Project, which puts together documentation of cancer survivors to gather stories of the American cancer experience while on the road.

The 78-day cycling challenge from New York to San Francisco includes cyclists from small towns in Illinois to Shanghai in China.

The much-needed benefit will create a bond among those who suffered from cancer and those who were around them.

Powell said she never traveled out west before, so she is excited to bike through Colorado, Utah and California. She is also looking forward to meeting people with different stories across the U.S.

“Most people been affected by cancer in some way, so I guess this is my way of showing support to those fighting and honoring those I’ve lost,” Powell said.