The Graduate Employees’ Organization began its strike at 8 a.m. Monday.

“Financial stability for graduate students includes tuition waivers, which are offered at higher education universities….University of Illinois shouldn’t take them away,” Brianne Gutmann, physics graduate student and one of the picket captains, said. “It’s totally unacceptable.”

According to the GEO website, graduate students have been working for 196 days without a contract.

As a result of the failed contract negotiations between GEO and the University last Friday, the GEO went forward with the premeditated strike. 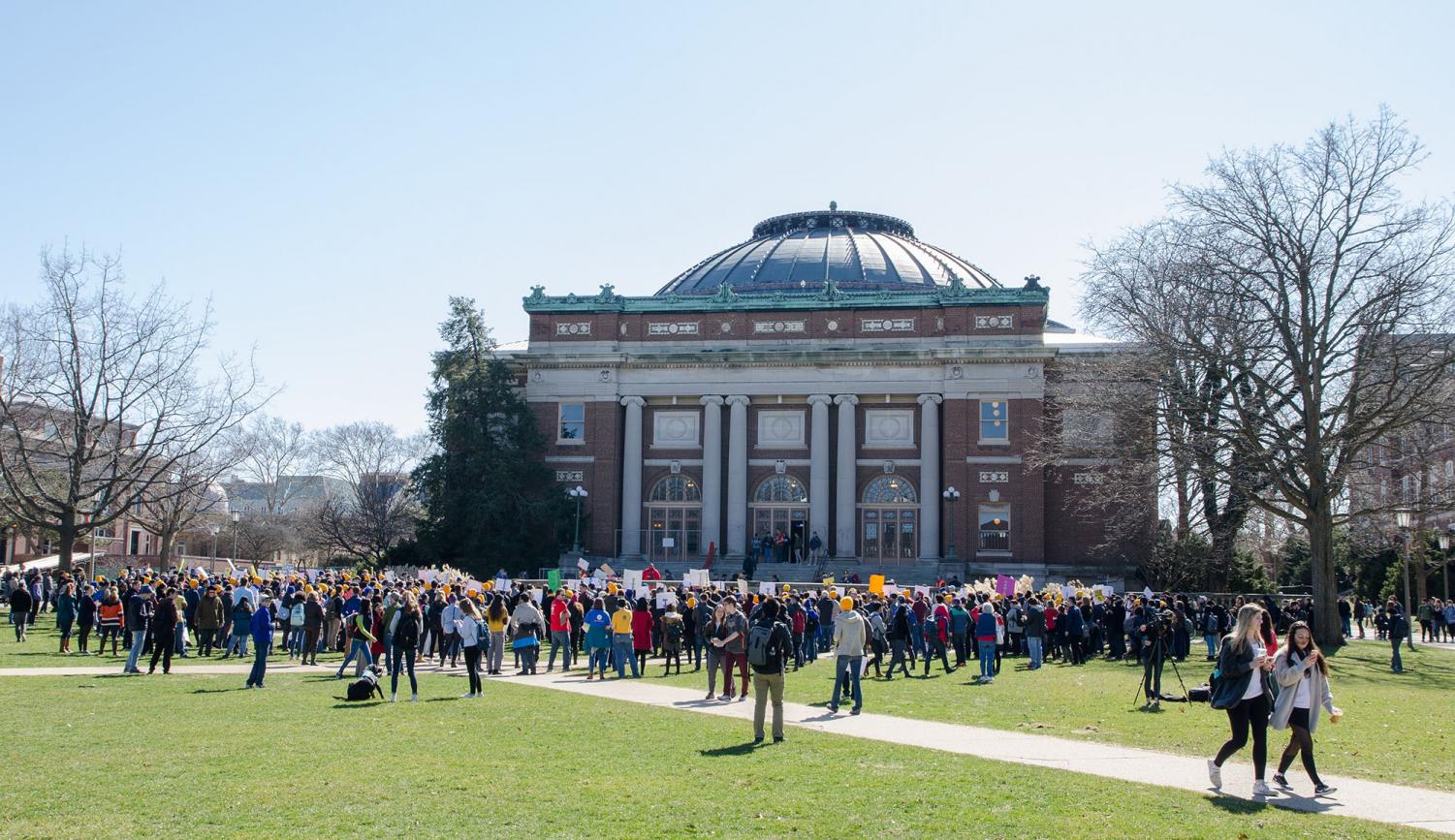 “We all came here because we are members of the University community. I think grad students are one of the most important parts of the University, and they should support them,” Reza Yousefi, third year PhD student and engineering TA, said.

“It’s important to me that future generations of grad students have the protections they need in order to get their higher education here, and in order to preserve the quality of the higher education, we need to fight to maintain the protections that we’ve had — that I’ve enjoyed through the last six years of being a student here,” Dora Cohen, PhD candidate in microbial ecology, said.

Cohen said the University administration does not respect graduate employees.

“I think they are less concerned with the well-being of grad students than they are with making money,” Cohen said.

They will continue to strike until GEO reaches a contract with University administration. 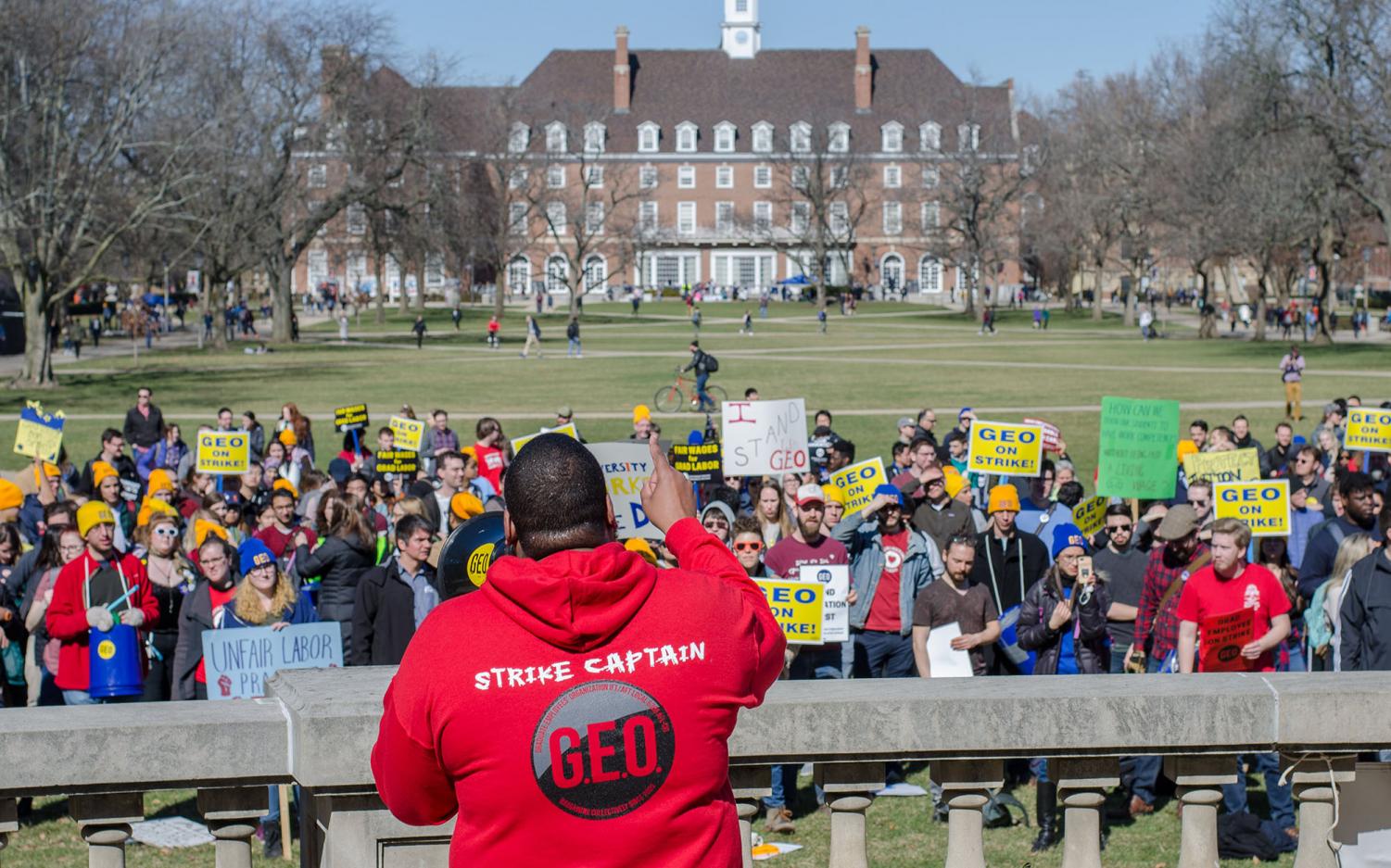 “Our union has done everything to avoid the strike,” Yuki Takauchi, history PhD student, said.
“Although (the administration) said they value our labor, they do not show it in their actions, offering us a fair contract.”

The current duration of the strike is uncertain.

The University proposed to cut down the percentage covered by health insurance and to not guarantee tuition waivers.

“If you have to do anything that’s not covered by McKinley including mental health care, they will double the price that you would pay out of pocket,” Cohen said. “It’s really important that we preserve our access to mental healthcare and healthcare in general.”

Gus Wood, co-president of GEO, said undergraduate students can show their support by having conversations about the situation, going to the picket lines and calling the Provost and telling them they care about their TAs and graduate assistants. 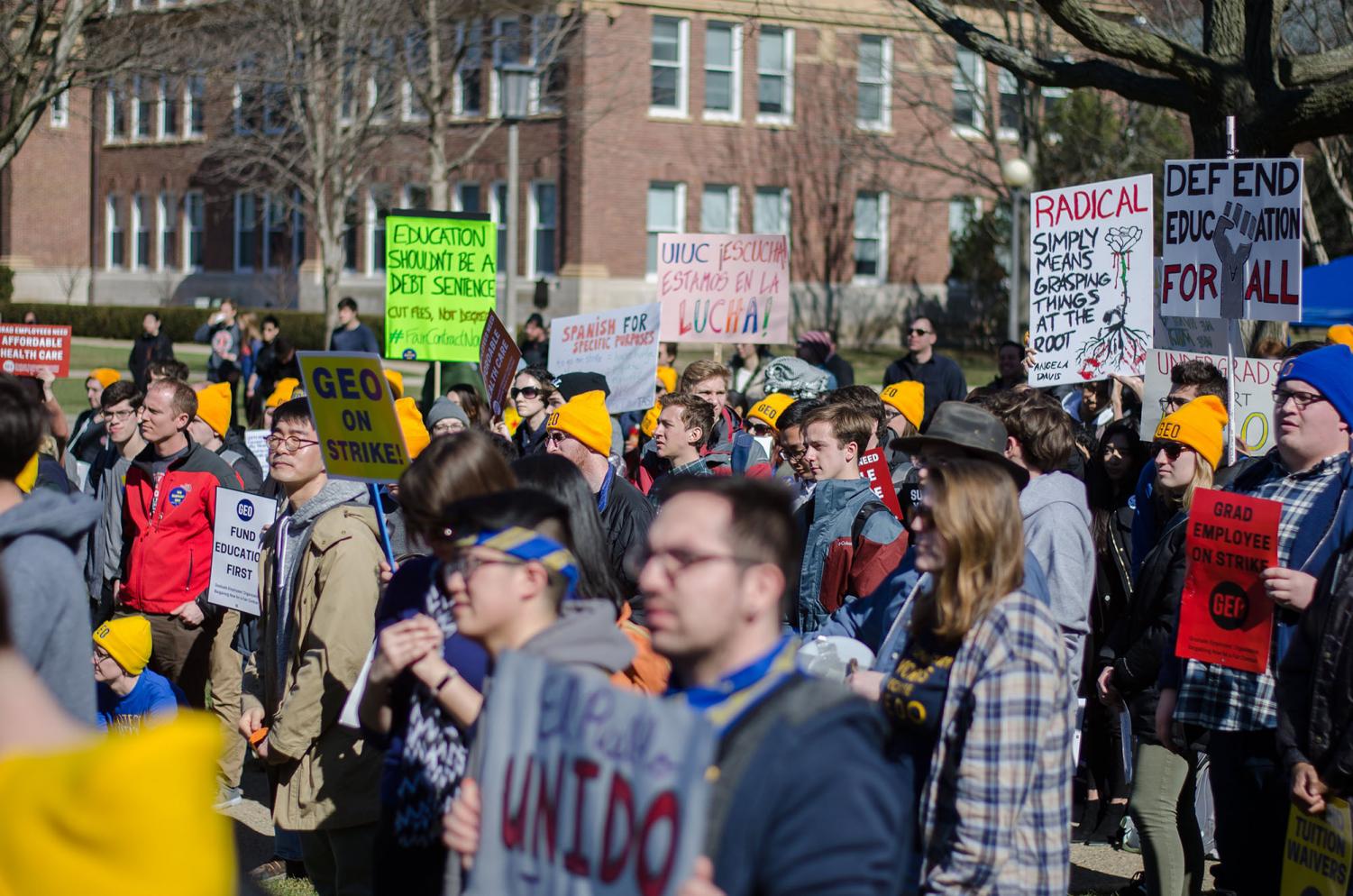 Carol Ammons, state representative, was also present at the rally. She said it is important to support graduate students because not supporting them can have a lasting impact.