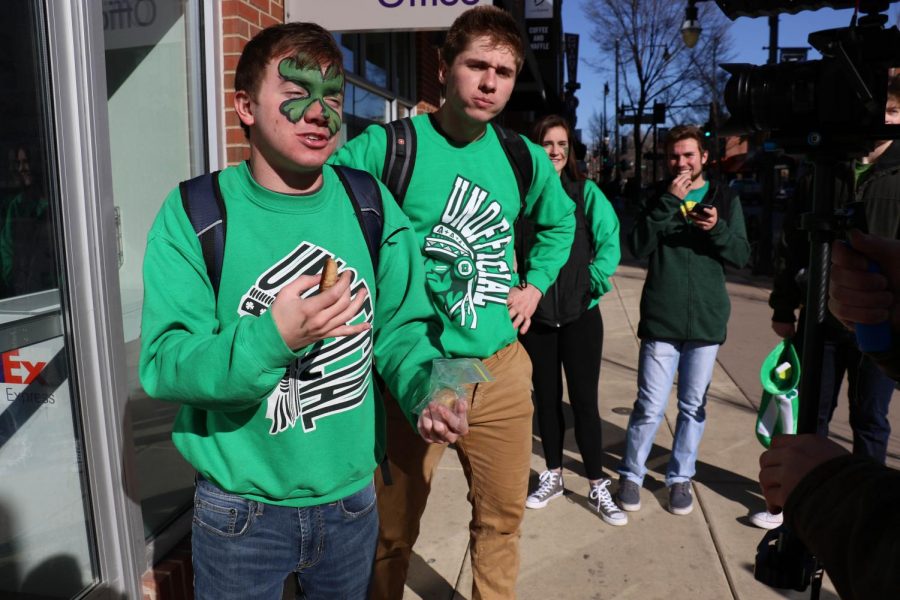 Since 2006, the Interfraternity Council at the University has enforced an alcohol ban for all fraternity houses during the weekend of Unofficial St. Patrick’s Day celebrations, Thursday through Saturday.

Connor Riddle, IFC Vice President of Risk Management, said that before this policy was enacted, it was common to see mass gatherings on fraternities’ lawns or in chapter houses, with clear indications of alcohol on the property.

He said that with this increased liability, the IFC found it necessary to adopt the weekend alcohol ban.

“While at first some chapters did not meet the expectations of the policy, within the few years that followed, and particularly today,” Riddle said.  “It’s apparent that fraternities and sororities understand the necessity to diverge affiliation from Unofficial and the correlating risks.”

At this point, Riddle said, the IFC sees no reason to make the the alcohol ban’s procedures more relaxed or rigid.

“From conversing with University staff and campus police who have observed the changes of Unofficial throughout the years, I believe that the alcohol ban has had a positive impact towards a safer campus environment during the weekend,” Riddle said.

Nathan Meier, president of Alpha Tau Omega fraternity, said he feels Unofficial is overhyped, and no alcohol ban is needed.

“I don’t even think they really have to do it, but I understand why they do do it,” Meier said.

Robin Kaler, campus spokeswoman, said the University does not encourage participation in any Unofficial festivities.

“The goal of our message to fraternities and sororities is to strongly discourage these organizations from having any involvement in Unofficial,” Kaler said.

In a letter to the Fraternity and Sorority Community Council Officers and Chapter Presidents, Ashley Dye, Senior Assistant Dean of Students, wrote, “students will face significant consequences for all violations, including arrest and possible prosecution.”

Dye encouraged chapter presidents to provide their regular food services, as well as a surplus of snacks. She also recommended the implementation of a “no-guest” policy for the weekend.

Meier said, as president, he will be staying at the fraternity house this weekend to ensure safety; however, he will be the only officer staying for the weekend.

“I’m staying at the house because I want to be here because it’s a high profile weekend,” Meier said. “But I didn’t require anyone else to stay on campus, so other officers are going home.”

Meier added the weekend’s festivities are not very prominent for their fraternity, so most members under 21 years old do not stay the weekend.

“Most of the guys go home. Some of the seniors stay,” Meier said. “For the most part guys go home and hang out with their families because they can’t go to the bars.”

Fraternities and sororities are also banned from having social events Thursday through Saturday. On the Friday of Unofficial, the IFC Executive Board will conduct random alcohol checks at every fraternity house throughout the day, where designated sober members must be present to meet them, according to Riddle.

“While we cannot ban individual fraternity or sorority members from participating in Unofficial festivities outside of the chapter house, we do expect our Greek members to be familiar with risk policies and to act as leaders in the unfortunate event of an emergency,” Riddle said.