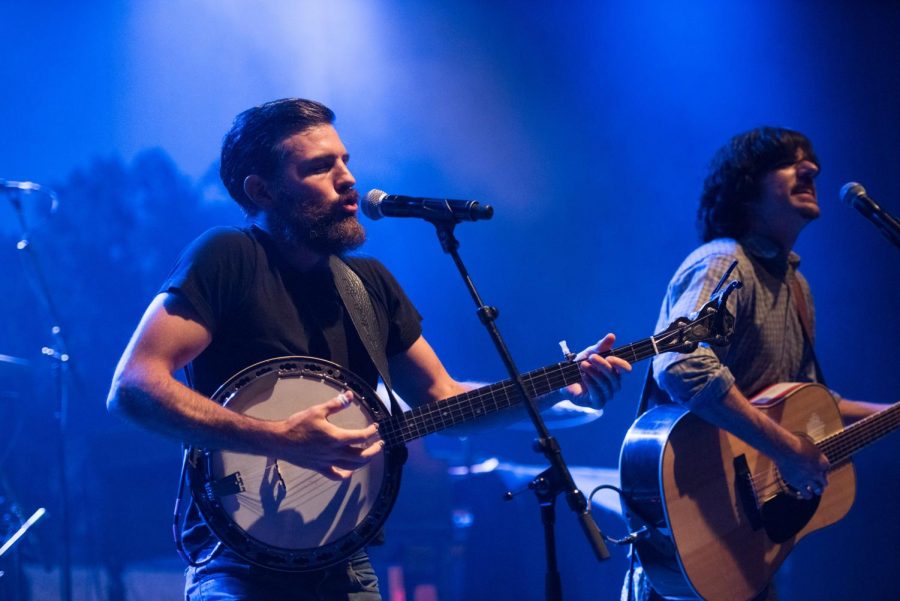 Scott Avett and Seth Avett of The Avett Brothers perform at Shepherd's Bush Empire on Aug. 30, 2016 in London.

The State Farm Center announced Friday morning the folk rock band The Avett Brothers will be performing at the venue Sept. 27.

Tickets will go on sale March 9 at 10 a.m. University students will receive a $10 discount and be given the opportunity to purchase pre-sale tickets starting March 8 at 10 a.m.

According to the press release, The Avett Brothers are best known for their most recent album, 2016’s “True Sadness.”

“We’re really excited to have The Avett Brothers visit the State Farm Center theater and the University of Illinois campus this fall,” said Bradley Swanson, assistant director for marketing and sales at the State Farm Center. “We expect U of I students to be excited for this show and are happy to offer them a $10 ticket discount to make it easier for them to attend.”