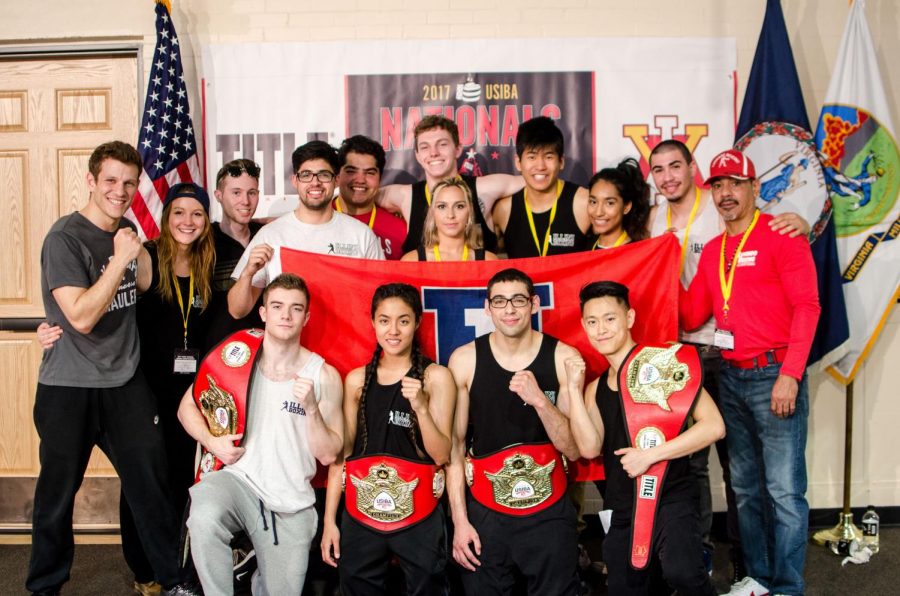 The Illini Boxing Club won 4 championship belts at the 2017 USIBA National Championships at the Virginia Military Institute in Lexington, Virginia.

The 2018 United States Intercollegiate Boxing Association National Championships is taking place from March 16 to 18 at 5 p.m. at the ARC East Gym.

The event will host 170 athletes with an additional 300 fans.

“The Illini Boxing Club is the host for this year’s USIBA National Competition. The planning committee, which consists of University students, put together a successful bid and the organizers of the USIBA chose the University of Illinois to host the 2018 competition,” said Ryan Reid, director of sports and special events at Visit Champaign County.

According to the press release, the event is estimated to have an economic impact of $184,000.

The Illini Boxing Club took fourth place in 2017 in both the men’s and women’s division, the team has won nine national championships in their weight division.

Reid said that the club dues and sponsorships are paying for this competition.

“The club, like any other, had to raise enough money to pay for the expenses. The Illini Boxing Club is the largest student organization on campus with over 150 members,” he said.

Reid said that hosting a tournament like the USIBA Championship is not only great for the University, but for the community as well.

“The sheer size of the Illini Boxing Club shows that there is not only interest in the sport in our state, but that there is a strong calling for organized boxing tournaments at the collegiate level across the country,” Reid said.