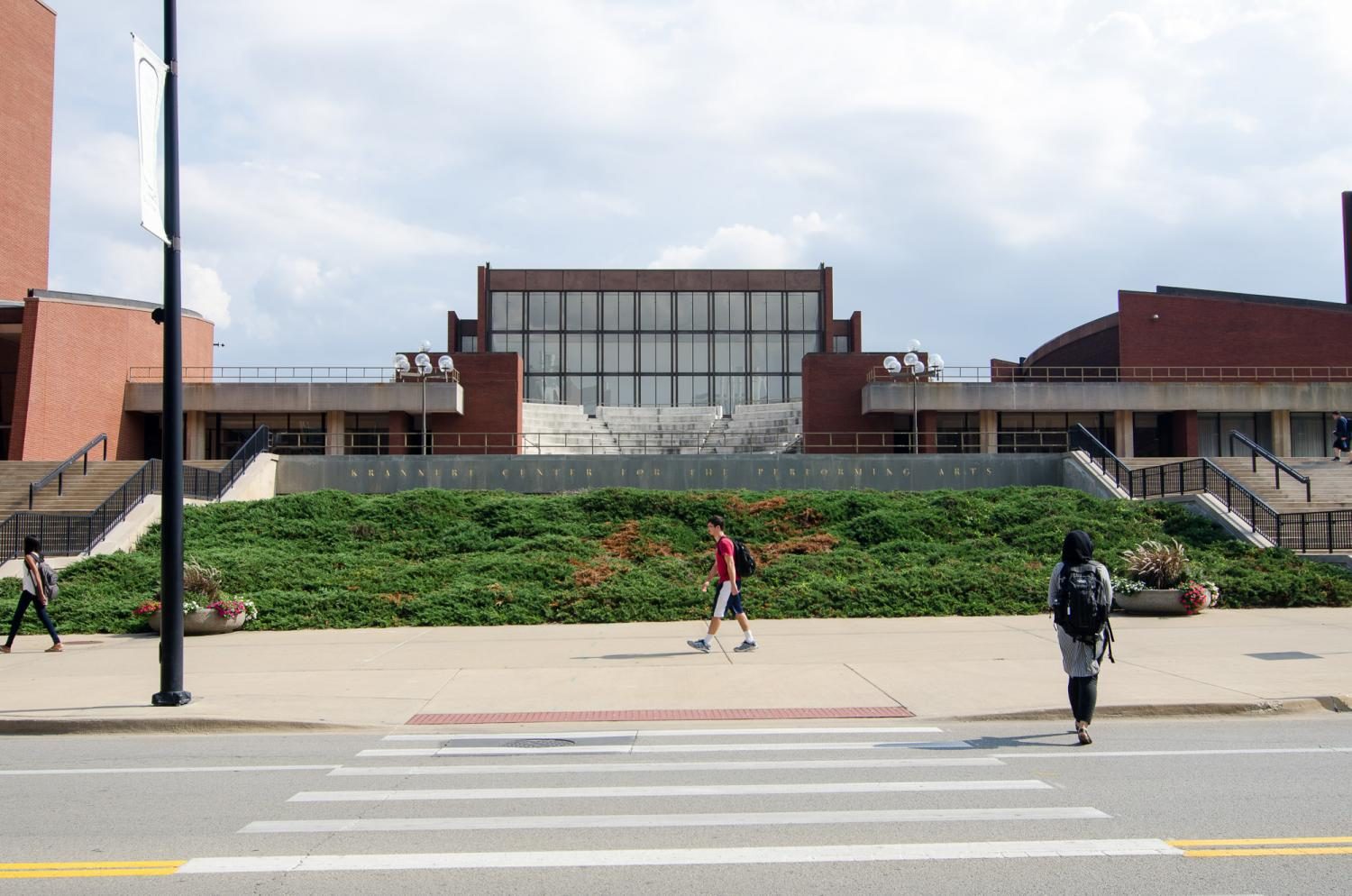 The Goodwin street entrance of the Krannert Center. Krannert will be hosting a commemorative concert in honor of Project 500 and the alumni who were apart of it.

The Illinois Supreme Court is leaving its courthouse in Springfield for the Krannert Center on Thursday at 10:30 a.m. in order to show law students the workings of two local court cases.

The Illinois Supreme Court expressed in a press release that it occasionally travels outside of Springfield to attract audiences with fresh perspectives, as well as to give a reminder to court members that rulings have a direct impact on citizens.

“Normal arguments at the Supreme Court Building in Springfield rarely attract the interest of anyone but the specific parties and attorneys involved in the particular cases we are hearing. Holding court at different locations and inviting area students and residents to attend helps demystify the process,” said Lloyd A. Karmeier, Illinois Supreme Court Chief Justice and University class of ‘64 alumnus, in a press release.

Karmeier will be presiding over two cases. The first is People v. John W. Plank, a case about bicycles and motor licenses. The second is Institute for Justice v. The Department of Financial and Professional Regulation, which involves a FOIA department denying a request.

Arguments are heard at the University of Illinois College of Law once each fall, said Associate Dean for Academic Affairs and Professor of Law Eric Johnson. He said he is excited about the argument being at Krannert because it gives first year law students the opportunity to watch a real appellate argument, which they usually view in a lesser light compared to Supreme Court cases.

“For one thing, our students often tend, unfortunately, to view appellate arguments as a kind of exercise in oratory, where smoothness of delivery is the primary virtue,” Johnson said.

In order to get the case heard by the Illinois Supreme Court, defendants have to persuade the court that the case is important, or that the lower courts have reached differing conclusions on the same legal question.

Johnson believes this experience will clear up misconceptions of the appellate court systems that even law students don’t understand.

Karmeier said this type of opportunity doesn’t come often, so he encourages students to view arguments and rulings that affect people in real life. The Illinois Supreme Court has also ventured to other Illinois cities such as Mount Vernon, Ottawa and Benedictine University in Lisle, while attracting high schoolers to attend and interact with the judges and lawyers.

“After hearing the cases, the court adjourns the arguments but we don’t announce them,” Karmeier said. “During that time period, all of the lawyers have agreed to stay and take questions from the audience. Every time we’ve done this, it has been a very worthwhile experience for the students.”

Teaching Assistant Professor of Law Sean Anderson said that decisions made by an appellate court affect our lives in very important ways. Experiencing these types of arguments is getting a glimpse at how the court system works.

All public tickets for the event have been reserved. Those who have reserved tickets are asked to arrive early as doors will open at 9 a.m. and guests must be seated by 9:50 a.m.

“Most citizens who are not lawyers have likely never seen an appellate court argument, and yet decisions by such courts affect our lives in very important ways,”Anderson said. “Even for students who might not be interested in law as a career, the arguments can act as a kind of civics lesson.”