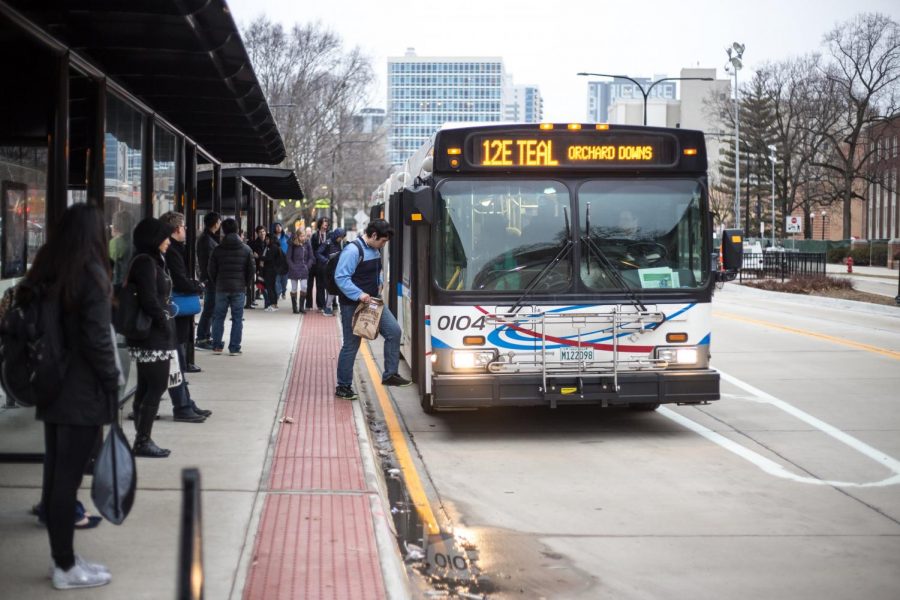 Students climb aboard an MTD bus on Feb. 23.

To encourage people to get out and vote, the Champaign-Urbana Mass Transit District offers free bus rides throughout the district, as well as Americans with Disabilities Act-compliant van rides to and from the polling places on March 20.

Rides on buses are free from the start of service until 8 p.m., which falls during the time of the Illinois primary election.

“We think it would be a shame if people could not participate in democracy because they can’t get to a polling place,” said Lisa Meid, media manager for MTD. “We thought the best way to remedy that was to remove as many barriers as possible.”

Free rides have been a part of an initiative MTD has had for a few years to increase voter participation. MTD offered the same promotion during the 2016 general election.

Meid said in past elections, MTD has lost around $1,500 in fares. Fares on buses in the Champaign-Urbana district is $1, so MTD gives around 1,500 free rides on election day.

However, MTD expected fewer people to take the bus on Tuesday because the primary election falls during spring break for the University, Meid said.