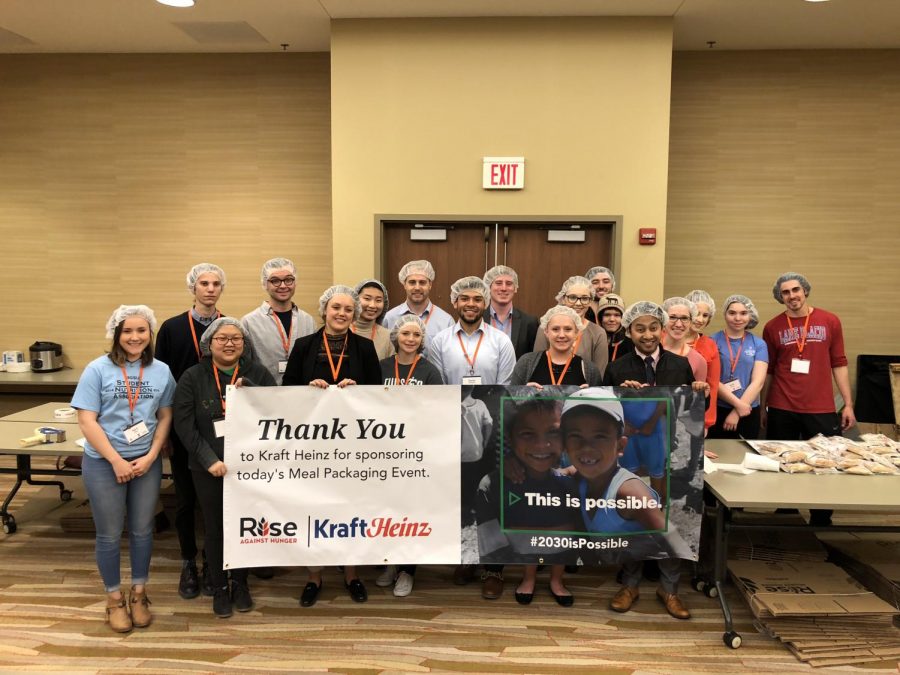 University presidents and students from around the country met at the at the I-Hotel and Conference Center in Champaign to discuss tactics for fighting world hunger on Mar. 15 to 17.

University presidents and students from around the country met at the at the I-Hotel and Conference Center in Champaign to discuss tactics for fighting world hunger.

The event highlighted the universities’ initiatives to fight hunger on the three campuses. The event also featured a roundtable to discuss hunger at both a local and an international level. Attendees were able to share ideas with other faculties and students who are passionate about food insecurity.

Sarah Zehr, assistant vice president for academic affairs of the University of Illinois system, said world hunger is a topic many faculty members and students are passionate about.

“There are a lot of professors who do research in that area and students that are interested in initiatives to fight food insecurity,” she said. “Also, with the University being a land-grant university, it seemed like it was a good fit for our mission.”

Around 250 people attended the two joint conferences. Zehr said the event was a success in furthering the movement.

Some of the speakers at the conference included Ertharin Cousin, executive director of the United Nations World Food Programme from 2012 to 2017, and Roger Thurow, senior fellow for global food and agriculture with the Chicago Council on Global Affairs.

Some of the conference events were open to the public, but the sessions Thursday from 4 p.m. to 6 p.m. were invitation-only for community activists.

“Many of the students who came to the conference were able to meet students from other universities and share ideas,” Zehr said. “It could be anything from a student group to working with dining services so that we can help students donate swipes that they don’t use to hungry students.”

The conference took place from March 15 to March 17.