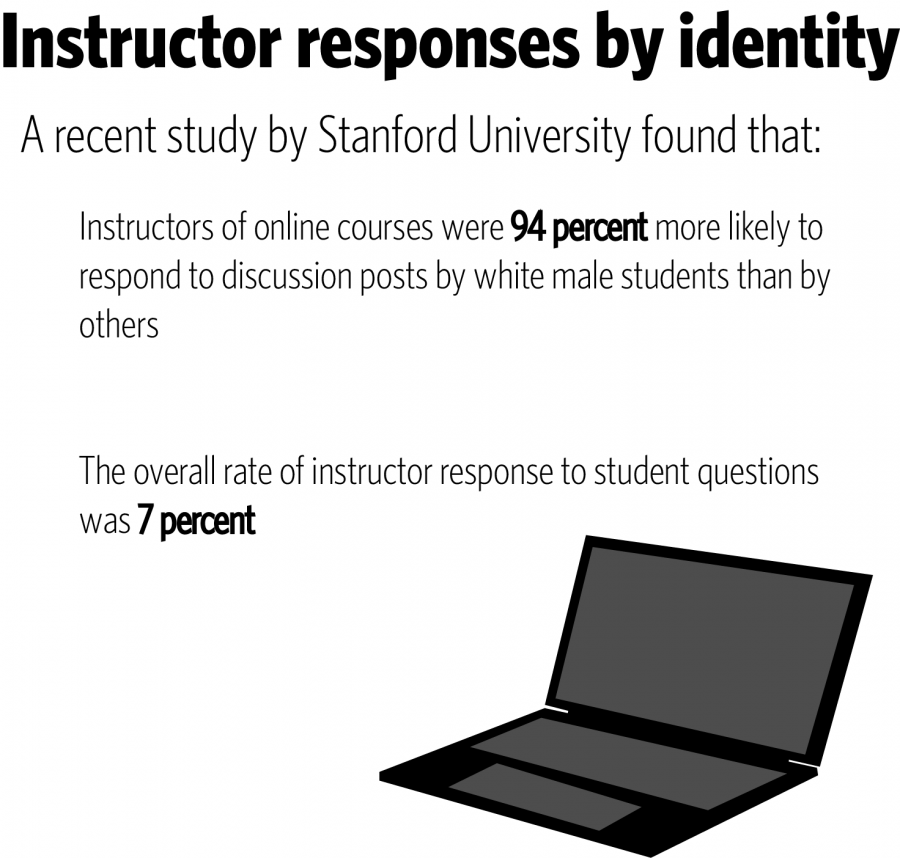 As the University increases the number of massive open online courses, or MOOCs, a recent study by Stanford University has found that instructors of online courses are 94 percent more likely to respond to discussion posts by people with names suggesting they are white male students than by others.

MOOCs and other digitally based degree and certificate granting programs have become increasingly popular, but may be fraught with the same implicit biases present in in-person instruction.

Implicit bias, a concept that has attracted a growing amount of interest according to Google Trends, is a subconscious bias toward or against certain groups of people.

Wendy Heller, head of the psychology department, describes the formation of implicit bias as a natural reaction by the brain to identify patterns resulting in the formation of stereotypes against particular groups of people.

Heller likens the process to driving a car, where the patterns identified by the brain while a person is learning to drive harden into automatic responses that come naturally whenever the person gets behind a wheel.

Though the brain’s automaticity is efficient when learning to drive a car or to ride a bike, subconscious responses to race and gender can have strong negative effects on minority.

Researchers at Stanford University created profiles for male and female students with white, black, Indian and Chinese sounding names, and found instructors responded to an average of seven percent of the students posts, but to 12 percent of the posts made by fictional white male students.

Other studies have drawn similar conclusions about implicit bias.

In a study of hiring discrimination, researchers found employers consistently rated male applicants as more competent than female applicants with an identical resume.

Indranil Gupta, computer science professor, manages two MOOCs where he estimates 11 to 20 percent of the students are women.

In a field largely dominated by men, Gupta’s staff of teaching assistants is made up of a roughly equal number of women and men, and Gupta promises his MOOC students that any question they post on the discussion forum will be answered within 24 hours.

“We shouldn’t let things slide, and we should make sure that women and under-represented groups feel that their voice is heard,” Gupta said. “Everyone’s going through the learning process, and asking questions and getting feedback is part of that.”

Though implicit bias can have a strong impact on the behavior of instructors, Heller said the most effective way to fight implicit bias is for individuals to be aware of their own bias and to proactively combat it by placing women and people of color in leadership positions.

“Implicit bias is a very powerful force in our society, and the effects are varied and pervasive,” Heller said. “We have stereotypes about women and people of color that we carry around with us, and it doesn’t matter if you’re a woman or man, you still have them.”