UI opt for own cybersecurity system over joint system 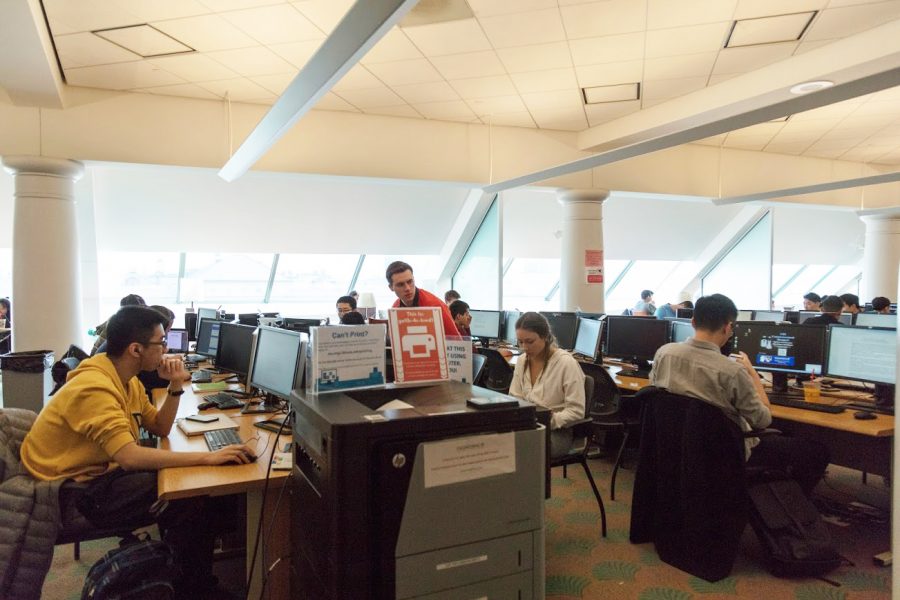 OmniSOC is the joint cybersecurity operations center that five other Big Ten universities have joined. The University uses its own, more advanced system.

The University will not be joining five of the Big Ten universities in the joint cybersecurity operations center, OmniSOC, due to its own, more advanced system.

The specialized cybersecurity center will provide rapid detection of security threats to the universities that adopted the system.

Based at Indiana University, OmniSOC’s goal is to help universities reduce the time from the first detection of a cyber threat to when the threat is mitigated.

The organization uses real-time data feeds from each campus to detect suspicious activity through UI’s Global Research Network Operations Center, according to an OmniSOC press release.

Dana Mancuso, manager of Media, Information and Communications at Technology Services, said in an email OmniSOC’s technology is a resource the University would not benefit from due to the University’s more advanced system.

David Nicol, Engineering professor, said the University already has an active cybersecurity team that has shown proactivity in the face of various threats, particularly phishing attacks.

An email was sent to ACES undergrads alerting students of a phishing attack Tuesday, warning students to disregard an email telling them to clear their inbox of any unimportant items and to not click on the attached link.

“I know we have an active defensive posture; perhaps we are large enough to do it alone since the members of OmniSOC are comparatively small,” Nicol said.

Chuck Geigner, assistant director of Privacy and IT Security Infrastructure, said to improve cyber threat detection systems, the University must create memberships with other higher-education security groups to share information related to threats.

The University’s Technology Services Privacy and Security program has memberships in higher education security groups that share information related to security trends, threats and solutions. These memberships include the Multi-State Information Sharing and Analysis Center and the Big Ten Academic Alliance Security Working Group, which collaborated on the OmniSOC concept.

The University has collaborated with other systems to build its renowned security operations center, according to Mancuso.

“Technology Services continues to work with the BTAA and OmniSOC to find opportunities to collaborate on operational security,” Mancuso said. “There may be ways that OmniSOC can serve us in the future.”