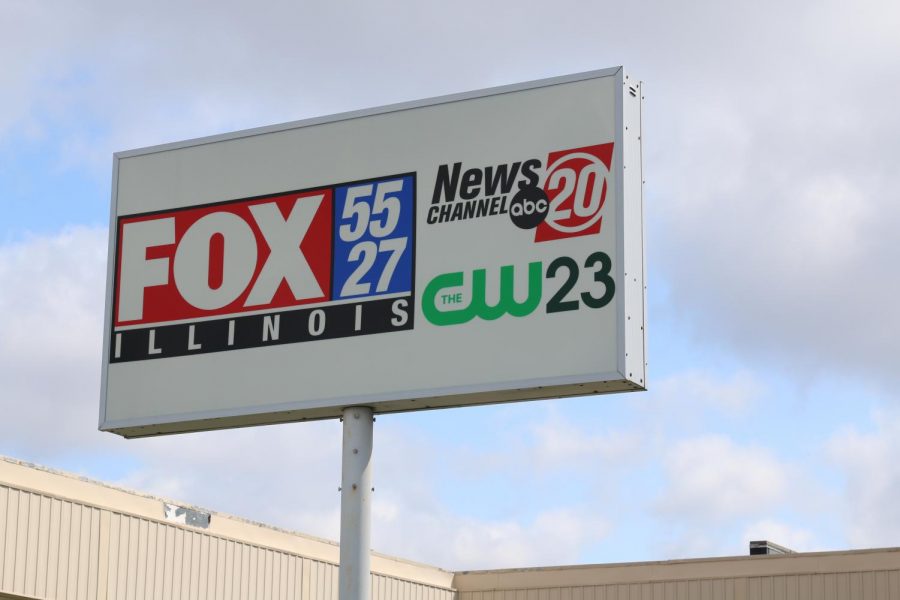 Sinclair Broadcast Group has been all over the news because of its ‘must-run’ policy forcing 173 news stations to air specific statements. Wojtek Chodzko-Zajko, interim dean of the College of Media, signed a letter condemning this practice.

The University has been added to a growing list of journalism programs voicing disapproval of Sinclair Broadcast Group, a broadcast network that has issued conservative-leaning must-run segments to local news stations.

Wojtek Chodzko-Zajko, interim dean of the College of Media, joined 15 other journalism colleges in signing an open letter denouncing Sinclair.

“My signature on this letter reflected a relatively narrow case of not adequately disclosing the motives of the story that went out over a large number of local stations,” Chodzko-Zajko said. “I think that Sinclair Broadcasting overstepped the line.”

The open letter, addressed to Sinclair Executive Chairman David Smith, began at the University of Maryland and has been circulating to deans of journalism schools across the country, Chodzko-Zajko said.

“The fears articulated in the Sinclair script regarding an extreme danger posed to democracy by news media telling the public what to think describes our fears about the impact of the Sinclair must-carry script,” the letter said.

A video of Sinclair news anchors reciting the same must-run script about “fake news” went viral after it was published on April 2.

“They did not disclose efficiently that this was actually editorial commentary coming from Sinclair Broadcasting as an organization,” Chodzko-Zajko said. “I think that’s where the real problem comes, because the viewer would have felt that this was a story written and originated at the local level, and it’s very important to remember that these are local TV stations.”

Journalism professor Benjamin Holden said it was essential the University join with other journalism schools in the signing of the letter denouncing Sinclair.

“I teach my students that your job is not to be a politician or to be on anyone’s side, and if you happen to be blessed in America to own news organizations like Sinclair, you are doing a tremendous disservice,” Holden said. “You are committing a kind of light-weight stand against democracy when you engage in this overt bastardization of journalism by forcing your employee to engage in non-objective, politically slanted news production that is masquerading as real news.”

Sinclair’s behaviors cause confusion for people who rely on local news as an accurate source of information, and the scripted speeches outrage those who understand free speech and embolden people who care more about their own political and social agendas, he said.

Holden said due to the number of American households Sinclair is able to access, the organization has the ability to change news for political purposes and alter the political beliefs of their viewers.

“I think the effect is corrosive, subtle and over time, if unchecked, will do great damage to this democracy,” Holden said. “Over time, it could lead large numbers of people to not understand what objective news is. To the extent they know what objective news is, they may come to believe that the news business is just an arm of whatever political entity happens to control that news business.”

According to The Washington Post, Sinclair is owned by Republican donors who ran 15 exclusive interviews with Trump and none with Clinton during the 2016 campaign.

Chodzko-Zajko said he believed the problem with Sinclair centers around undisclosed commentary and not politically slanted journalism.

“I don’t think this is about right- or left-leaning journalism; it’s really about the importance of fully disclosing the nature of material that is being conveyed, and that’s why I was willing to sign the letter after I had reached out to my colleagues in the Department of Journalism,” Chodzko-Zajko said. “My biggest concern is about the stories and the way they’re written.”

“Though I don’t think the open letter will have a direct impact on its own, I’d like to think that it carries some weight in a larger public conversation,” Hueman said.

Holden said without awareness of what Sinclair is doing, viewers of Sinclair-owned stations will believe the biased views news anchors are showing.

“Journalism should be in the business of reporting what’s happening in those markets and in those communities,” Holden said. “I want to salute Dean Wojtek for having the courage and the foresight to stand on the side of democracy, and the side of the First Amendment, and the side of a free press.”