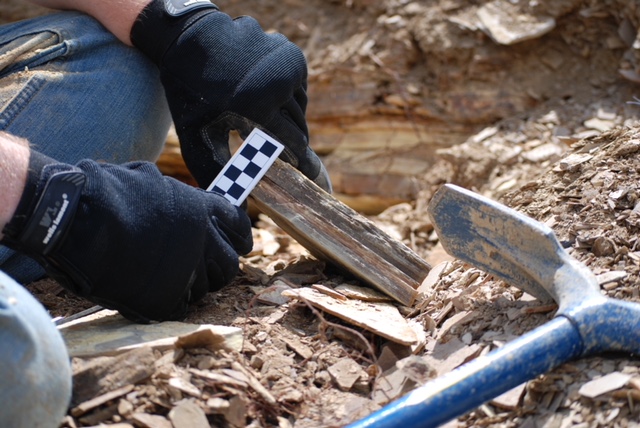 The University Prairie Research Institute Center for paleontology will host a fundraiser Friday at the Lincolnshire Fields Country Club for the annual summer fossil dig in Montana.

Jon Lee, one of the fundraiser’s hosts, said the trip, which by 2017 had occurred every year for about a decade, was originally going to be canceled this year due to budget cuts.

Jared Thomas, paleontology research technician for the Illinois Natural History Survey, said the trip was unable to occur in 2017 due to lack of funding, and he is very excited for the chance to go back out to the site again.

Lee said he and his wife have developed a friendship with Sam Heads, a curator of paleontology at PRI, and decided to help organize a fundraiser to get the trip started again.

Lee said the goal this year is to raise $10,000, which will allow a large group of entomologists and paleontologists to conduct research in the area at a fairly affordable price.

Lee said he would like to be able to hold a fundraiser every year in order to constantly support fossil digs and maintain community involvement.

“(The site) is a very significant fossil insect and fossil plant deposit, and we can see plant and insect interaction,” Thomas said. “There is a lot of significant research that could come out of this site that has to do with climate change.”

Thomas said his team is working to build the paleontology department at the University, so the dig and fundraiser are great ways to gain exposure.