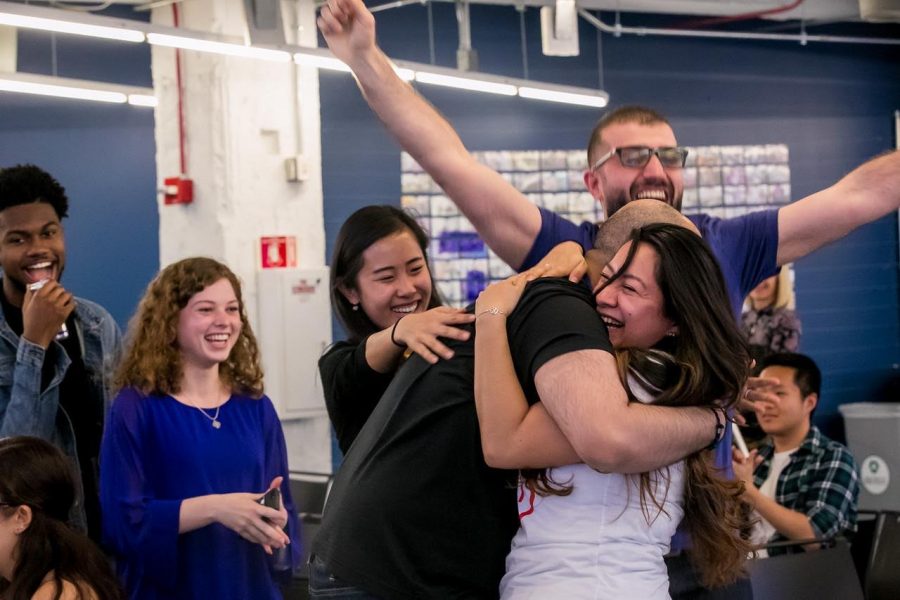 A team of three University students and eight members from other universities won first place in the pitch competition of Campus 1871, a startup experience, for developing a company over just one weekend.

Campus 1871 is an annual tech startup pitch competition where over 100 students compete in teams of 10 to 11 members to pitch an idea with technology and business potential. The annual competition takes place at its headquarters in Chicago over the course of three days.

“Students come together to share ideas, collaborate and build an original startup business plan with mentoring and coaching from 1871 entrepreneurs,” Amaury Saulsberry, sophomore in FAA and member of the team, said in an email. “In the end, we present what we have in front of a panel of some of Chicago’s top tech leaders.”

The students’ company, BRIDGE, is a digital community that plans to match highly skilled refugees with leading STEM companies.

Saulsberry said he believed in the vision they had for BRIDGE and wanted to contribute to solving the issue.

“It is a win-win situation for both; the companies looking to diversify their staff, recruit talent and have a positive impact on the society and the educated refugee population that is willing to positively impact the U.S. economy,” Emely Lopez Barrera, Doctorate student in ACES and member of the team, said in an email.

The competition included students from many different majors such as computer science, industrial design, finance, marketing, business administration and food sciences, Lopez said. The project pitch is judged based on the originality of the idea, the realistic potential of the business, the revenue plan and the overall design.

Lopez said their prize includes premium memberships at Campus 1871 to accelerate their business idea for the next six months.

She said the use of top-notch technology to find fair job opportunities for refugees in the STEM industry is an idea that will change the lives of thousands, she said.

“All of us had our own stories for helping refugees. One of our members was a refugee himself and experienced the hardships first hand,” Sarah Brincks, freshman in DGS and member of the team, said in an email. “Others had been affected by immigration and wanted to see change for migrants and refugees.”

Brincks said people can generate social change by starting their own company and participating in opportunities like Campus 1871.

“Our next steps are pretty much taking advantage of what 1871 has to offer us,” Saulsberry said. “We are all planning to continue working on the idea and push it to its full potential.”