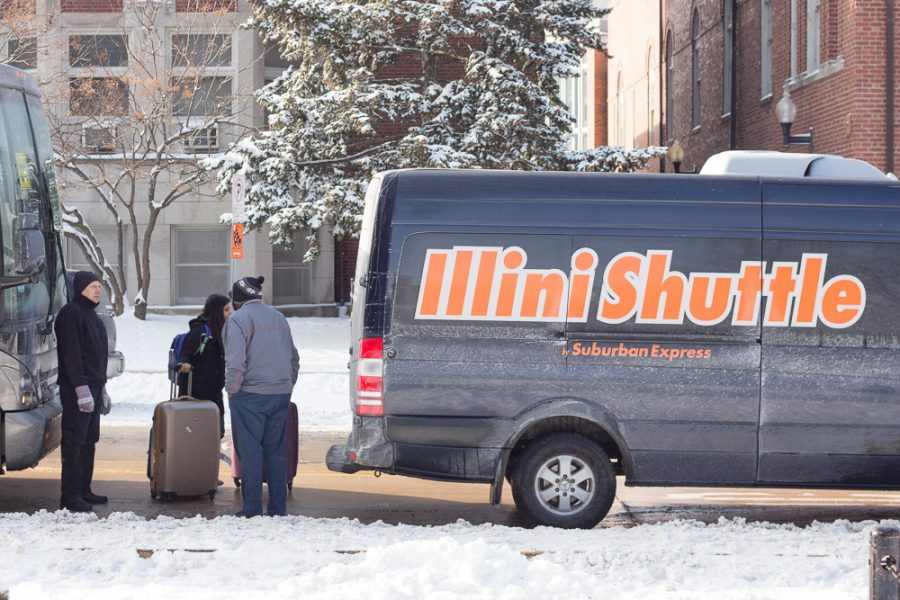 Lisa Madigan, Illinois attorney general, filed a lawsuit and a motion for a temporary restraining order against Suburban Express, because of its discriminatory attitudes against students and their families.

Illinois Attorney General Lisa Madigan filed a lawsuit Monday against Champaign-based transportation company Suburban Express for discrimination and harassment against customers and their families, according to a press release.

Madigan filed the lawsuit in federal court in the Northern District of Illinois against the company’s owner, Dennis Toeppen. The suit alleges Toeppen and his company of discrimination against customers on the basis of race, national origin and religion. Madigan claims they harassed customers with public shame and ridicule and intentionally compromised customers’ personal information.

“My lawsuit alleges that Suburban Express has long been engaged in illegal discrimination and harassment against college students in Illinois, particularly University of Illinois students and their families,” Madigan said during the press conference.

Madigan said she is filing the lawsuit for “flagrant and numerous violations of the Illinois Civil Rights and Consumer Protection laws.”

Toeppen’s Illinois customers are largely students at the University of Illinois and Illinois State University who rely on Suburban Express to travel to and from Chicagoland areas and suburbs.

According to Madigan’s complaint, Toeppen and his companies have published discriminatory advertisements, referencing a December 2017 email to its customers. They have also excluded customers or treated them differently on the basis of national origin.

Toeppen sent out an apology statement for the original December email which said, “You won’t feel like you’re in China when you’re on our buses.”

Madigan said at the press conference that Toeppen and his company have subjected students and their families to “malicious harassment,” including authoring and publishing websites that ridicule and publicly scorn customers.

“He has also filed and publicly posted lawsuits that contain students’ personal financial information,” she said.

Along with her lawsuit Madigan also filed a motion for a temporary restraining order. She asks the court to take immediate action to force the owner of Suburban Express to stop publishing customers’ personal financial information and stop harassing them.

The case is being handled by the Special Litigation Bureau and Civil Rights Bureau.

Dennis Toeppen could not be reached for comment in time for publication.