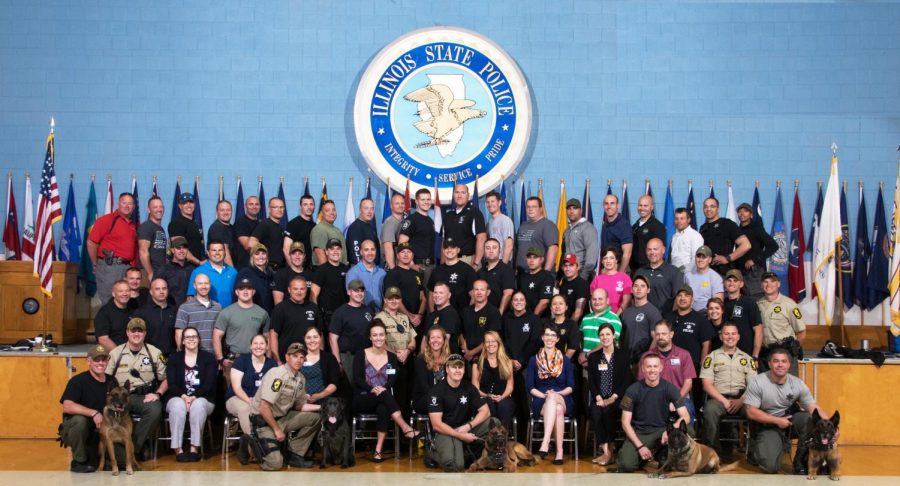 Law enforcement officers are being trained to recognize overdose in K9s. McMichael said they use mannequins for training purposes.

Police dogs are suffering from overdoses when sniffing narcotics on duty, according to the findings of Ashley Mitek and Maureen McMichael, professors in veterinary medicine.

In 2016, 35 police dogs died in the line of duty; some of these deaths may have been from contact with opioid drugs, according to data from Working Dog HQ.

By training police officers on how to administer their dogs, the University has gotten involved with the efforts to help dogs suffering from overdose.

McMichael said in an email a YouTube video has been created and they have connected with several police stations and emergency centers in order to raise awareness of this issue.

Law enforcement, medical personnel and first responders are being trained to deal with dogs suffering from an overdose.

“We are showing them, using (canine) mannequins, how and where to administer intramuscular injections as well as intranasal injections,” McMichael said. “Also, how to recognize the signs of an overdose.”

The recently-created Working Dog Fund at the College of Veterinary Medicine helps pay for injured working dogs in case the department funds are in shortage.

“We hope to have a registry for veterinarians that would like to be contacted by Emergency Medical Services if there is an injured (canine), and we are working with engineering students to create an app that would streamline the transportation process,” McMichael said.

McMichael said Illinois allows law enforcement dogs to travel in an ambulance if a human is not in need of transport.

“This is fantastic but leaves the EMS to figure out where to take the K9, how to transport the K9 (how to restrain, muzzle, etc.) and how to administer potentially life-saving treatment,” McMichael said.

This is aimed at creating a protocol to allow other EMS’s to streamline the transport and pre-hospital care of injured law enforcement canines, McMichael said.

On May 14, the Springfield police canine handlers are coming to the vet school for a full-day workshop on emergency treatments. According to McMichael, she is orchestrating training at the North American Police Work Dog Association in Massachusetts in June.

Correction: A previous version of this story stated that 36 police dogs had died from sniffing heroin in 2015. The Daily Illini regrets this error.