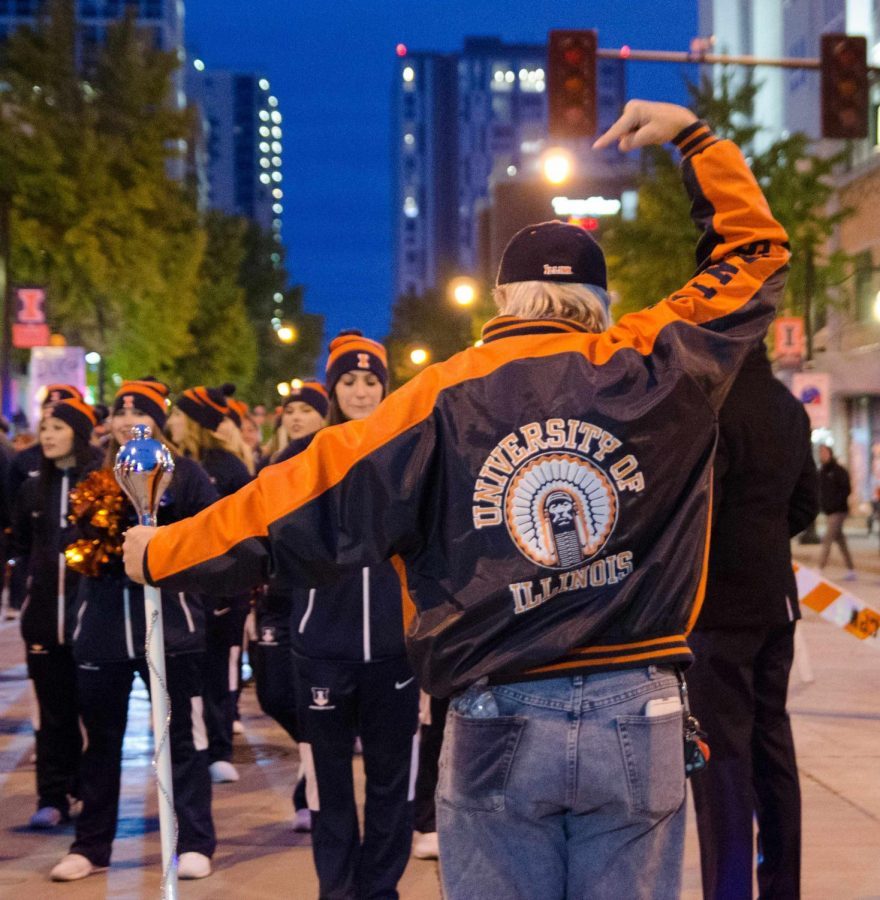 A man shows off his Chief Illiniwek jacket at the 2017 Homecoming Parade. The University is suing Ted O’Malley for associating the University with the Chief in using the symbol.

A resolution asking the University Senate to vote on permanently ending the appearance of Chief Illiniwek at University sporting events is set to be proposed on Monday, April 30 at the Senate meeting.

The current resolution asks the State Farm Center and Memorial Stadium to treat appearances of the Chief at sporting events as protests, which are not allowed at either facility.

The resolution was submitted and co-sponsored by Jay Rosenstein, Bruce Reznick and Kathryn LaBarre, professors at the University, and Rahul Raju, senior and member of the Senate Executive Committee.

The initial resolution was scheduled to be heard during a Senate hearing in March, but it did not occur after Jay Rosenstein, professor in Media, withdrew the resolution to make technical changes.

Rosenstein said in an email the biggest change from the original resolution is to clarify supporting this resolution doesn’t necessarily mean supporting the policy of not allowing indoor protests at the State Farm Center and Memorial Stadium, just that if such a policy is to continue, it needs to be enforced equally and fairly to all sides.

The current resolution asks “the chancellor and athletic director to direct all State Farm Center and Memorial Stadium personnel, including UI police, to enforce the no-protest policy equally and by the same standard for all, including enforcing the policy with respect to unauthorized appearances by a Chief Illiniwek character in costume.”

Rosenstein said the next step after presenting it to the Senate is for it to be put to a vote by the full Senate. The step after that depends on the result of the vote.