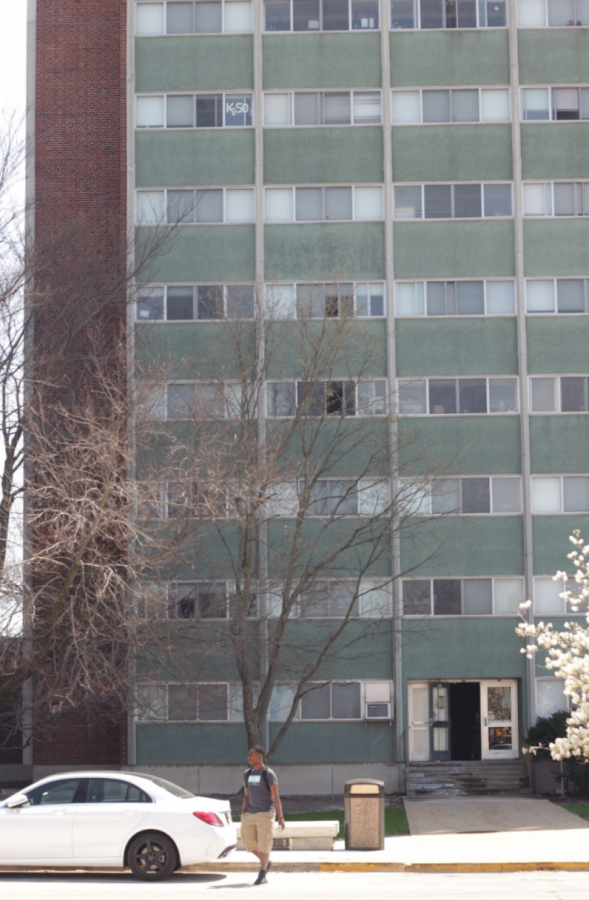 Following activation of the sprinkler system at OG hall, the front door is left open to air the building out

The fire was extinguished and no injury was reported. The sprinkler caused an electric hazard, and residents were told to evacuate the building and avoid the area.

Pat Wade, communications officer for the University Police Department, said the department doesn’t know why the fire started at this time; all it knows is a computer overheated.

“The water from the fire sprinklers were running on to a power source, so that caused a worry about the electric situation in the building,” Wade said.

Ruthvik Reddy, freshman in Engineering, said he was in a deep sleep and was woken up by the fire alarms. Reddy said the sprinklers only went off in the room the fire started in, which was on the first floor.

Dontrell Collier, freshman in LAS, said he was in his room when the alarm went off and thought it was a regular drill. When he opened his door, he saw a lot of smoke and water coming from a room on his floor.

“I didn’t know the extent of what happened in his room at that point,” Collier said. “I just saw smoke and was like, ‘I need to get up out of here.’ … It took them a minute to let us all back in, but now we are all fine.”

The electrical hazard was resolved as of 1:20 p.m., and residents were allowed back into the building.