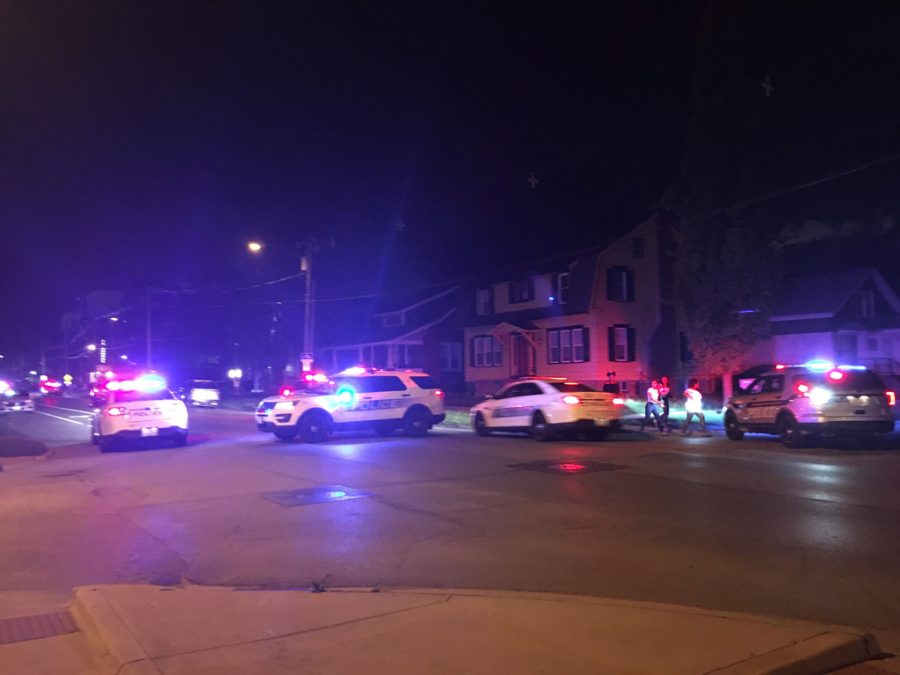 Police cars near the scene of the shooting around 1 a.m. on May 13. A suspect, 20-year-old Devon Cooper from Danville, Illinois, has been arrested by the Champaign Police Department in relation to the case.

By Jessica Bursztynsky, Managing Editor for Reporting
May 13, 2018

A 21-year-old male from Danville suffered serious gunshot wounds around 12:45 a.m. on Sunday. The victim and his friends were walking back to a vehicle after a party on the 1100 block of South Second Street when he was shot.

Police believe the male was the “intended target,” and there are no indicators it was a “random act,” according to a press release sent out Sunday morning.

No suspect information was provided.

Those with information are encouraged to contact Champaign Police Investigations Division at 217-351-4545 or Champaign County Crime Stoppers at 217-373-8477. An award of up to $1,000 will be provided to anyone with information leading to the arrest of a suspect.