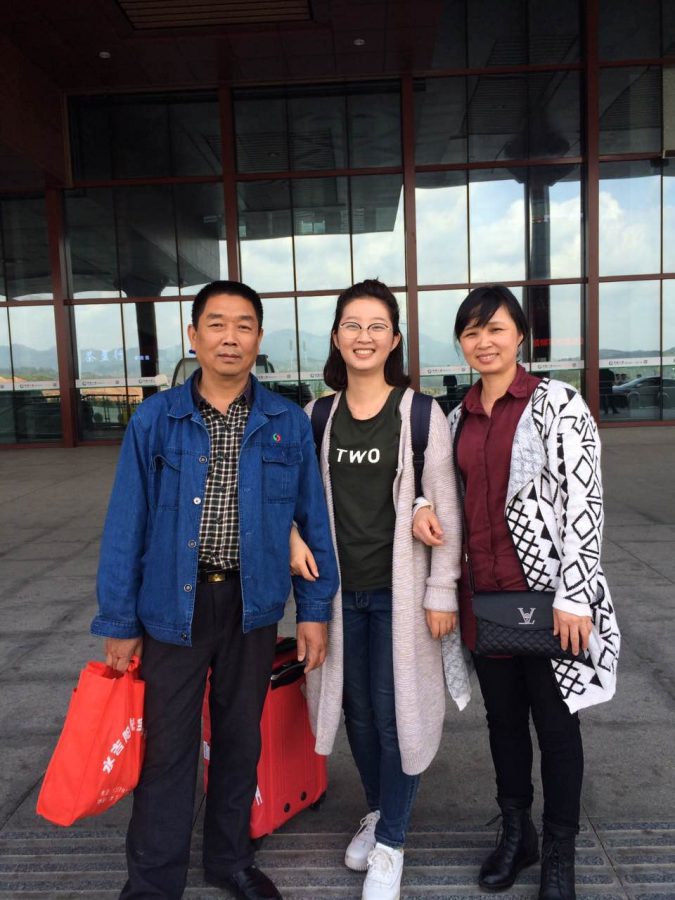 Yingying Zhang poses with her family at a train station before leaving home to come to the U.S. The Chinese Students and Scholars Association will hold a memorial Saturday to commemorate the one year anniversary since her disappearance.

This Saturday will mark one year since Yingying Zhang, a visiting scholar from China, went missing in Campustown.

To commemorate Zhang, who is presumed dead by the FBI, the Chinese Students and Scholars Association at the University is hosting a memorial on Saturday at 2 p.m. in room 406 at the Illini Union. It is scheduled to last for an hour and University officials have been invited to speak.

Zhang’s friends made a video that will be played at the service, said Jiheng Jing, vice president of the CSSA. Zhang’s family, who traveled to the United States after her disappearance, will also give remarks over video.

“After the memorial service, we will publish a website link for those who cannot join us on campus to commemorate Yingying in spirit,” Jing said.

Zhang was last seen at a bus stop on Goodwin Avenue and Clark Street and people have placed flowers around a tree to honor her. CSSA hopes to establish a permanent memorial garden at that spot and plans will be discussed Saturday during the memorial.

A previous version of this article said Jiheng Jing was the president of the Chinese Students and Scholars Association. He is the vice president. The Daily Illini regrets this error.