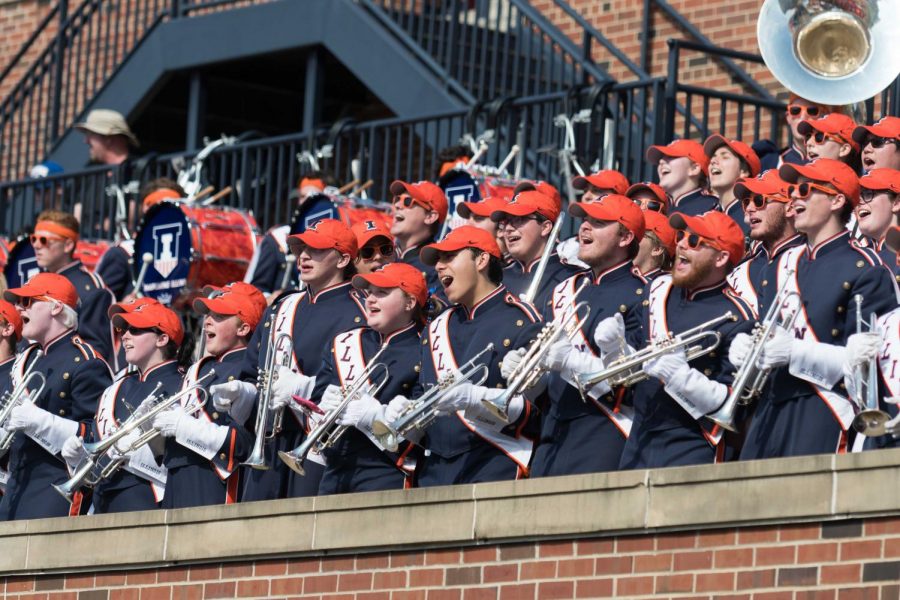 Members of the Marching Illini cheer during an Illinois football game.

In moments of competition, triumph and prestige, men receive a boost in one particular steroid hormone, according to a study conducted by a University assistant psychology professor.

Joey Cheng, corresponding author, along with colleagues Olga Kornienko and Douglas Granger, found a cemented relationship between the “winner effect” and testosterone among men in a university marching band.

“After a man wins a competition, their testosterone rises and continues to rise,” Granger said. “But when they lose, their testosterone drops, which is fascinating. It reminds us of men thousands of years ago. If a dominant man was challenged for dominance and lost, they became isolated and needed to recover.”

To prove this theory, the researchers examined 177 marching band members for two months, sampling their testosterone levels after being surveyed about who they believed was the most skilled or respected member.

Granger said sampling from a college marching band was the perfect example of a mixed social hierarchy since it included individuals in a large group.

“Usually, a participant gives us a lab sample about their background and the study is done,” he said. “This is unique because we are focused on an individual in a complete, mixed gender social organization.”

Curiously, the same reactions did not affect women, which questions why a woman’s status isn’t related to prestige, Granger said.

One student who’s involved in a University band said he feels better when he is credited for his hard work as part of the band.

“When I think of testosterone, I think of male dominance,” said Steven Cohen, sophomore in Engineering. “I think of men in power and I never thought about it being a positive thing.”

Granger said many people, like Cohen, have the misconception that testosterone is a negative hormone related to aggression and inappropriate behavior.

“I was in the marching band in high school and at the University, so I know who’s a higher rank than me,” Cohen said.”When I’m acknowledged for something I do right, I feel pretty good and when I’m reprimanded, I don’t.”

Granger said this study helps people think of testosterone in a different way by studying a band, which acts as an example of how relationships operate in a mixed gender corporation.

“The study is all about the relationship between testosterone and prestige,” he said. “It’s amazing to me to think that what drives prestige isn’t different from our ancestors a thousand years ago — the higher testosterone, the higher self-esteem.”