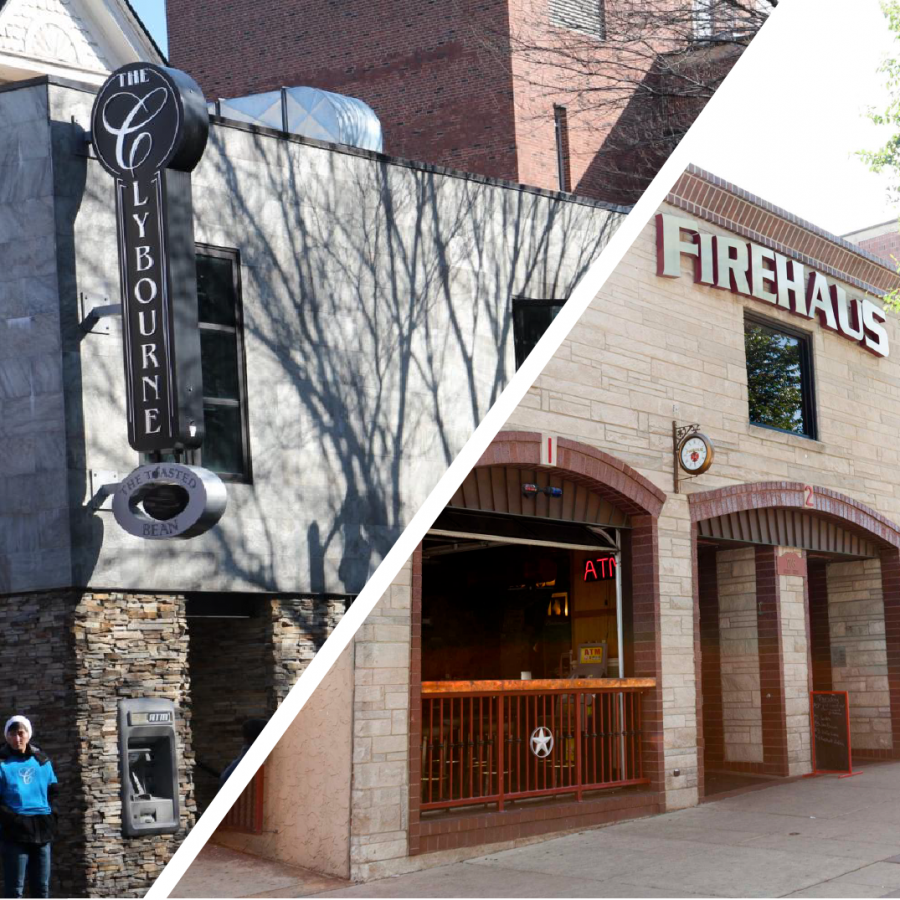 Campustown bars Firehaus and The Clybourne located on Sixth Street. Both locations will be demolished and potentially turned into high-rise buildings.

10:50 a.m. update: Scott Cochrane confirmed the closing of the two bars, but did not confirm whether high-rises would be put in their place.

The two campus bars located on Sixth Street, The Clybourne and Firehaus, are closing following Labor Day weekend, according to sources familiar with the situation.

Cochrane did not respond to request for comment at the time of publication.

Both of the locations will be demolished and turned into high-rise buildings, Cochrane told the News-Gazette. There’s a possibility one or both of the bars will return, he said.

If they return, it would be the second round of bars to be completely remodeled. The announcement follows the impending re-opening of the Illini Inn, which was demolished last year, made into apartments and the first floor revamped as the new Illini Inn.

Rumors of the demolition began in April this year as Champaign City Council approved the sale of the properties for a potential high-rise.