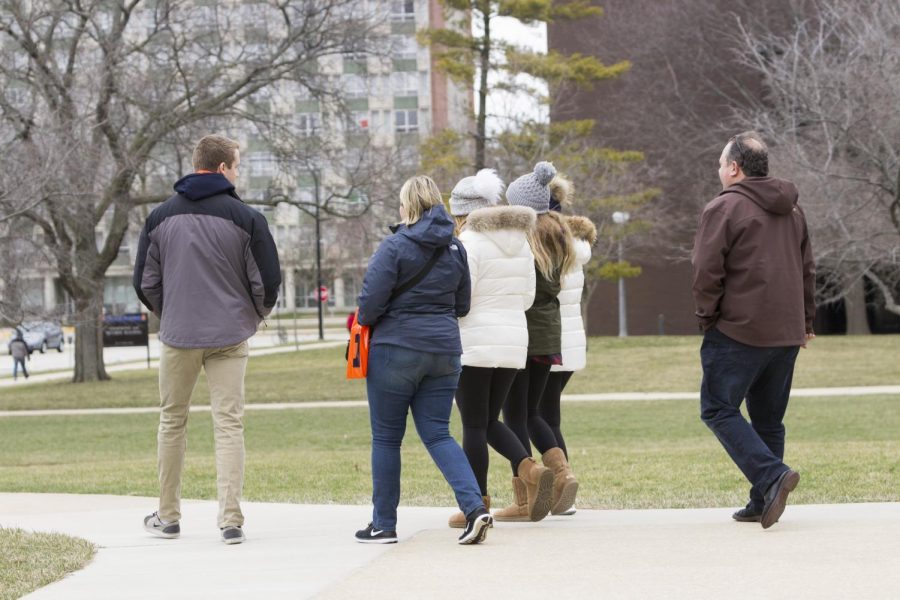 University professor Joy Huang explores the effects of Chinese students taking college tours on local tourism in a recent study. These tours benefit both the University and local businesses.

Before making the decision to commit to the University, Dennis Zhao, junior in LAS,  like many other Chinese students, took a college tour to see the campus for himself.

“It played as a big part of my final decision,” Zhao said in an email. “It reflects a lot more about each college than just looking at rankings online about each school.”

A recent study conducted by University professor Joy Huang shows Chinese students taking college tours not only  helps them make a decision on where to attend school, but also makes a growing impact in the local tourist industry.

Huang said the trend of Chinese parents sending their kids to travel abroad in developed countries has been growing in recent years, and will continue to grow.

“Middle class in China, this group obviously according to every report, is growing,” Huang said. “On the other hand, Chinese people are very willing to spend and invest in children’s education.”

Although the cost of a college tour in America can vary widely, Huang said it can cost up to thousands of dollars for a short period of time. But since it can also be expensive to enroll their kids in a good local summer camp, Chinese parents consider traveling abroad a good deal financially.

However, Huang said these tours are not purely for picking out a University to study abroad at, since the students are often in middle school or early high school. The focus on these tours are primarily to expose kids to different cultures.

“It’s not really a plan for education in foreign countries, it’s more like the parents think it’s a good idea to expand the global view,” Huang said. “It’s more like a cultural tour that parents think is good for their kids to learn the foreign language, to go to the foreign language environment, to learn about the culture and be more international, all those things.”

Since the college tours are usually conducted by travel agencies, it is important for it to be cost-effective. Huang said travel agents don’t usually favor cities such as Chicago because of the high costs. Instead, places like Champaign-Urbana would be more ideal.

Huang said the shift in expectations also plays a part. While Chinese parents in the past used to dream of their kids going to Harvard, more and more people are realizing there are many public universities that provide a high-quality education, so it would be more realistic to arrange college tours to schools such as Illinois.

“If you craft the message in a better way, it’s going to be more appealing. It kind of hits people’s needs. You see how many international students we’ve been having in the last several years, and this number will continue to go up,” Huang said.

Terri Reifsteck, vice president of marketing at Visit Champaign County, said in an email that they received numerous requests from the Chinese tour operators in attendance on the potential for campus tours and camps at the 2016 tradeshow, Active America China.

“At that time, we began working closely with various departments at the University of Illinois to start working with these groups and promoting Champaign-Urbana as a destination,” she said. “We’ve received tremendous response and continue to grow our international tourism market through these opportunities.”

The organization is also working with the International Student and Scholar Services to help engage the Chinese community and has recently launched a campaign through WeChat, a popular Chinese social media platform, to publish a translation of the Visitors Guide through influential accounts.

Huang said college tours are not only powerful recruitment tools for the University, but also benefit Campustown businesses, especially during the summer.

According to Reifsteck, Pizzeria Antica, a restaurant in downtown Champaign, accepts Alipay, a popular form of mobile payment in China, and local hotels offer amenities that are catered specifically to Chinese visitors.

Huang said the campus offers a sense of familiarity to Chinese students, in terms of food and services, and also to visiting Chinese parents.

“It’s a big appealing point for us, Champaign, to make the promotion, and attractive to travel agents as well,” she said.