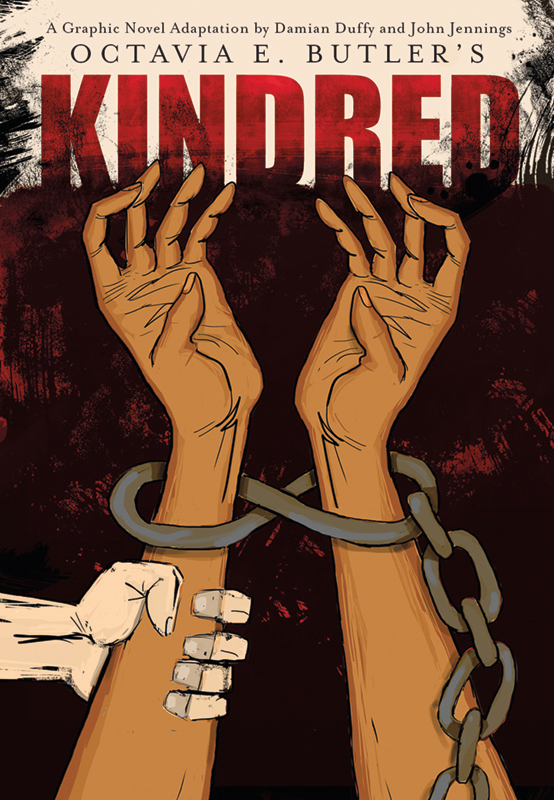 University alumni Damian Duffy and John Jennings received the Eisner Award for their graphic adaptation of the fictional novel, “Kindred.” The 1979 novel incorporates time travel and is modeled on slave narrative in a pre-Civil War setting.

Dreaming of being a professional comics creator since he started making his own comics around the age of 6, Damian Duffy is being recognized by the Eisner Award for the collaborative project with University alumnus John Jennings, adapting the science fiction book “Kindred” into a graphic novel.

The Eisner Awards are considered the “Oscars” of the comic world. According to the Comic-Con website, the award is given out in two dozen categories each year at Comic-Con International: San Diego.

Duffy, University alumnus and lecturer for information sciences, said in an email he has been a big fan of Octavia Butler, author of “Kindred,” since he was an undergraduate student at the University.

“It was actually like the novel chose us,” he said. “I tend to read kind of slow, so it usually takes me a while to finish a novel, but ‘Kindred’ is one of the few I’ve read in a single sitting.”

Duffy and Jennings first submitted a proposal to adapt the book in 2009, but it wasn’t accepted. They eventually managed to sign a contract for the adaptation of the book after Sheila Keenan, editor at Abrams ComicArts, saw Jennings’ art in 2012.

“Kindred” is a novel about Dana Franklin, a contemporary black woman who was flung back in time to a slave plantation where she meets ancestors among both slaves and slaveowners.

Duffy said although the book is shelved with science fiction, Butler describes the book as grim fantasy.

“There are also aspects of historical fiction and gothic horror in the novel,” Duffy said. “But ultimately, it’s a compelling example of Butler’s genius for discussing how the atrocities of history live on in the present.”

Duffy said the pressure to do justice to the legacy of Butler made it difficult for him to decide which things to cut out to fit the page count for the graphic novel.

However, Duffy said an even greater challenge was to figure out the best way to portray the racialized and sexualized brutality of chattel slavery in a way that is as frank and honest as the novel, without being exploitative or too real to the point that readers can’t get through it.

Duffy said the pair is currently finishing up the script for an adaptation of another piece of Butler’s work, “Parable of the Sower,” and will move on to the sequel, “Parable of the Talents.”

“In many ways, this award is a huge milestone for me professionally and personally. It’s kind of a dream come true,” he said.