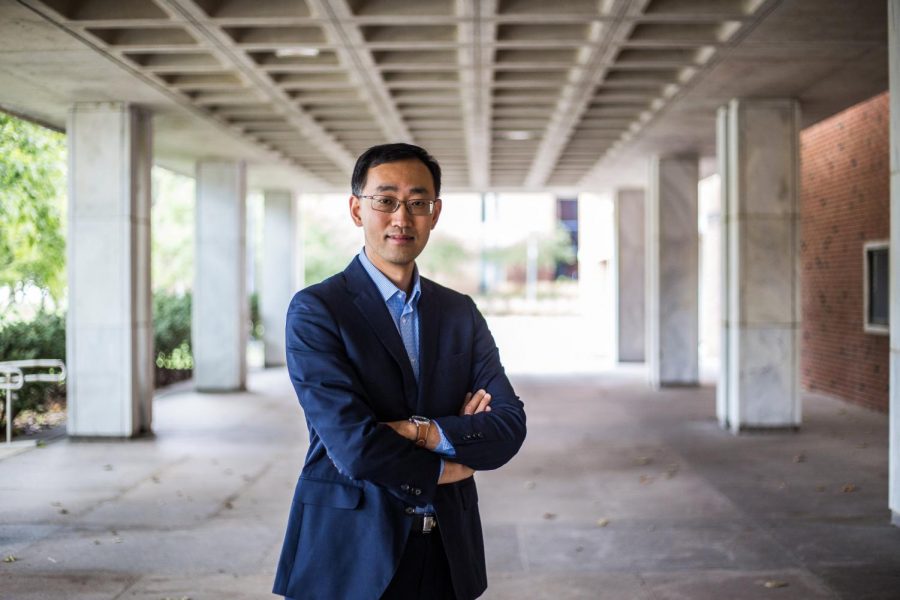 Professor Qing Cao at the Materials Research Lab on August 31, 2018.

Over the summer, three faculty members from other universities joined the University under the President’s Distinguished Faculty Hiring Program, and a University professor was appointed the dean of the College of Fine and Applied Arts.

Cao started as an associate professor in the Department of Materials Science and Engineering. He was a member of the research staff at the IBM Watson Research Center, the headquarter of one of the largest industrial research organizations in the world.

Cao was named one of Forbes Magazine’s “Top 30 under 30” in science and is one of the “35 Innovators under 35” by MIT Technology Review for his work on replacing silicon transistors with more efficient carbon nanotubes.

“I did have options from other universities, but the University of Illinois has a very strong reputation in material science, and engineering in general,” Cao said. “This is one of the best colleges in engineering in the world.”

Cao also said the funding the program gave him to help him start his research is an important reason why he chose the University.

As an award-winning professor previously at George Mason University, Rodney Hopson will begin as a professor in the College of Education.

David Sepkoski, the new Thomas M. Siebel chair in History of Science, said in an email, “I’m an Illinois native myself (I grew up in Chicago), and it’s great to be back at the flagship school of our excellent public university system.”

Sepkoski was a research scholar at the Max Planck Institute for the History of Science in Berlin. He said that he would share his international perspective with students.

Sepkoski said he would offer new courses focusing on the role of science and medicine in society.

“I’m hoping to attract more students with interests in science, technology and medicine to study in the history department. Even if you don’t become a history major (or minor), I hope that STEM-focused students will think about taking classes with us!” Sepkoski said.

Kevin Hamilton, the newly appointed dean of the College of FAA, said one of his goals is to create a more diverse and inclusive college.

Hamilton hopes to make more connections with student organizations and learn from their work on anti-racism and solidarity, and explore new strong directions for the college.

“I also know that the only viable and strong ideas come from a great deal of collective reflection and group work,” Hamilton said in an email.