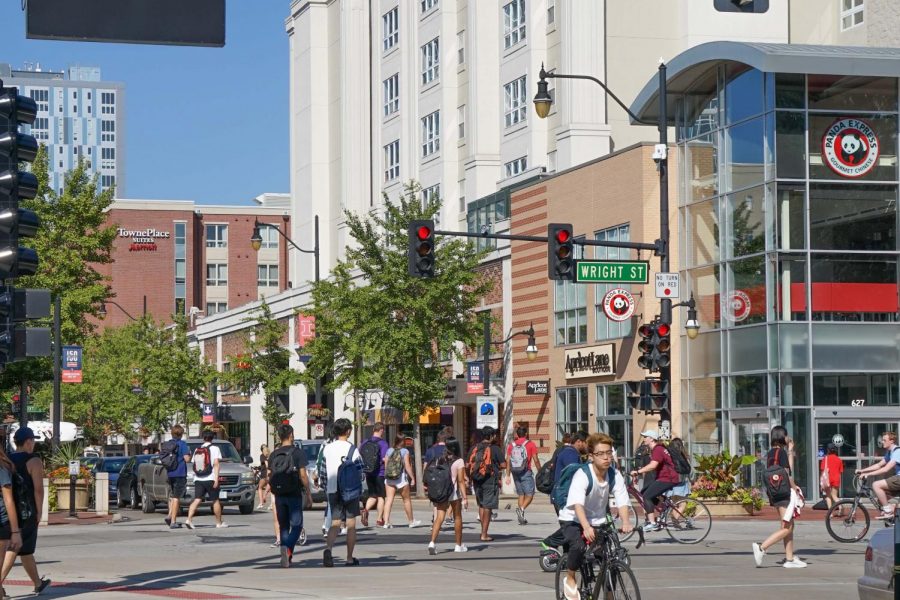 The University was chosen as “Best College Town” in Illinois for 2018. The key criteria considered include quality of life, transportation, population and diversity

A recent report by Reviews.org ranked Champaign-Urbana as the best college town in Illinois for 2018 based on key criteria that factor in the quality of student life, the local economy and diversity.

The report ranked each college town in all 50 states, featuring colleges and universities ranging from Ivy League schools to large public universities.

Reviews.org Marketing Director Aaron Gunderson said the team looked at factors conducive to what they believe is the best college town with data from the United States Census Bureau and the Bureau of Labor Statistics. The data collected is based on towns with less than 250,000 people, he said.

Gunderson said Bloomington, the city where Illinois State University is located, was a close second place. However, Champaign-Urbana would have had multiple contenders if the population cap was not in place, he said.

“I decided to come to the University this year because of my campus visit,” said Timothy Murphy, freshman in DGS. “I’ve always wanted to go to a bigger school since there are so many students and I can branch out. I also have older friends that go here who seemed to like it.”

Murphy said aside from academics, he’s been enjoying his first few weeks at the University and finds it nearly impossible to be bored.

“The Main Quad is so nice and there is always something to do,” he said. “Either it’s an event, a club, hanging out with friends or eating food. There are so many options available all the time. It makes sense why Champaign is number one.”

This isn’t the first time Champaign-Urbana has received high recognition. Last year, Champaign made Livability.com’s ‘Best College Towns’ top-10 list, ranking fifth. It also ranked as the best city for entrepreneurs, since it’s home to seven Fortune 500 companies and start-up opportunities, according to the website.

With each factor taken into consideration, Gunderson said Champaign-Urbana perfectly fits the criteria for a college town, and it would be a good option for future students to consider.

“Champaign-Urbana met every requirement, ranking No. 1 in Illinois and No. 3 nationwide,” he said. “There’s no question this college town is a great place to live and to study.”