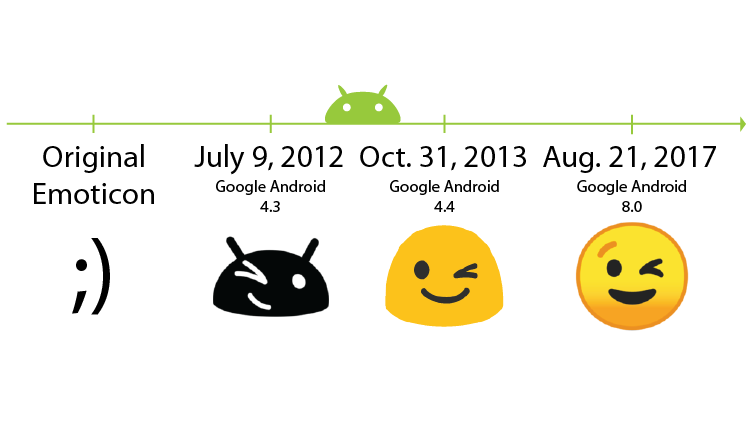 After studying the human brain’s reactions to emojis, a research team at the University found our brains interpret emojis the same way they process words.

Benjamin Weissman, doctoral student in LAS, said the research team read the electrical activities in people’s brains to figure out how they react to sentences and words.

“What this lets us do is time log the brain’s electrical response to every word, so every word that (they hear or read) you can get a really good representation of what is going on at that exact millisecond,” Weissman said.

Weissman said the team uses the same methodology because emojis are used linguistically or as a part of the language. He said emojis have become an important part of the human language, and his research helps linguistics begin to answer the question of whether or not emojis are language.

Weissman said emojis are commonly used but haven’t been studied enough, even though people have the tools available.

According to a report by Emogi, 92 percent of the world’s online population has used emojis.

“We already know that language is extremely diverse and there is so much we can learn about it, but I definitely did enjoy looking at this aspect of language,” said Angelica Wozniak, senior in LAS and AHS who assisted Weissman on the study.

Wozniak said she is interested in psycholinguistics, so it is interesting for her to learn about how emojis affect how people process language because emojis have just become a big part of how people communicate with each other.

She said after working on the study, she sometimes catches herself being more aware of the way she uses emojis in texts.

“(Writing systems) are still catching up to what language is at its core, which is either this spoken or signed interpersonal communication,” Weissman said. “This writing technology came out later so it is not fully equipped to handle all the things that language can do, but emojis are sort of a step in that direction helping us to handle other communicative properties that language has.”