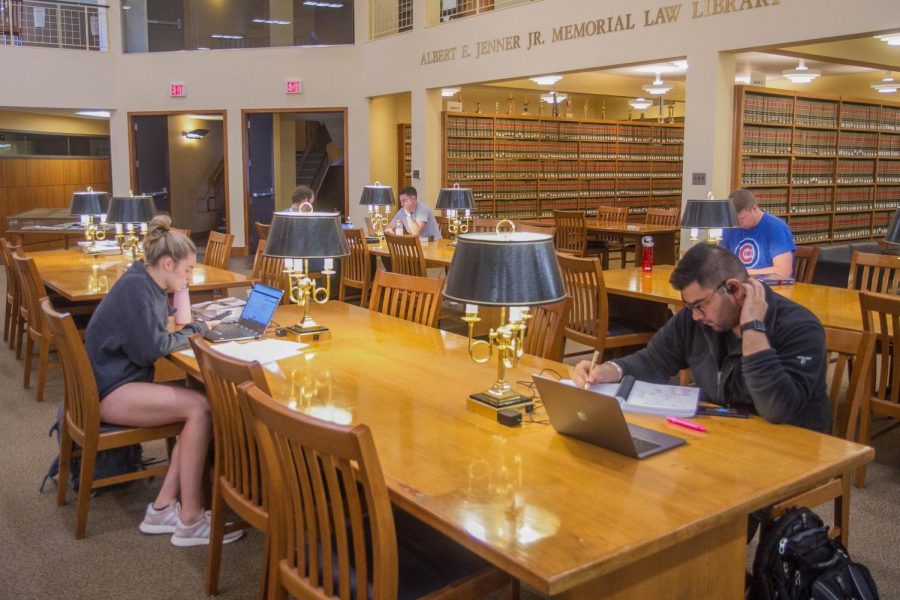 The Law School Admissions Test is finally following in the footsteps of other graduate school entrance exams, as it becomes digital by July 2019.

Kellye Testy, president and CEO of the Law School Admission Council, said many testing centers have been using computer-based formats since the test-takers are generally more comfortable using a computer, but the LSAC has not been satisfied with the current technology available.

“They have some security issues we were always concerned about, so we’ve been working for a number of years to develop an industry-leading technology where our candidates can be assured that it not only will be a good user experience, but it will also be very fair,” Testy said.

The digital LSAT test will be given out on a tablet. Testy said field tests show the experience is very similar to using any existing personal computers or tablets, and it is easier than making sure the answers are filled in correctly on a scantron.

“The first advantage is that the actual experience of testing is less intimidating and less anxiety-producing, which we are trying hard to do,” Testy said.

Jamie Thomas-Ward, director of pre-law services, said it would be interesting to see how University students and alumni are reacting to digital exams since not many of them were in the pilot program for the transition to digital-based tests.

The July 2019 LSAT will be the last exam with a paper-and-pencil option before going fully digital. However, some candidates taking the test on that date will be randomly assigned to do so using the tablet form to check for mode effect. This means the manner in which the exam is taken might affect the outcome.

“In all of our prior tests, we saw no mode effect, so we don’t anticipate one; we just like to make sure we’re following every best practice,” Testy said.

For the July exam only, students will be given the chance to choose whether or not they want to submit their grades after receiving them and can retake the test for free if they choose not to use the score from the July exam.

An advantage to a digitally administered LSAT is the faster and more secure grading process. Instead of having to wait several weeks for their grades, candidates can receive their scores within a few days.

“We did a survey to ask candidates what they prefer in terms of getting their scores; interestingly, nobody wants to get it right then when you’re sitting there, but they like to get it within a few days, and so this will permit us to give it to the candidates on their schedule they prefer,” Testy said.

Another change enabled by the convenience of a digital-based test is additional testing dates. Three extra testing dates have been added for the 2019 academic year, bringing the total up to nine.

Testy said the additional testing dates are permanent, and LSAC will continue to expand on test-taking opportunities for candidates.

Rebecca Ray, assistant dean of admission and financial aid in Law, said a lot of students expressed interest in taking the newly added November test, but it’s still too early to tell how the additional testing dates will affect the upcoming admissions cycle.

“I’m hoping that it will actually pull applications forward a little bit in time as opposed to pushing them back a little bit in time,” Ray said. “As it’s being offered nine times in the next testing cycle, I think that would give students a lot more flexibility to take the test when it’s more convenient for them.”

Jeff Thomas, executive director for pre-law programs at Kaplan Test Prep, said although the changes to the LSAT test might take a little bit of getting used to for students and may bring some anxiety, the changes are student-friendly.

Testy said LSAC will be giving out sample tablets to pre-law advisers and will host forums so students can actually pick up the tablet, look at it and practice with it. She said LSAC doesn’t anticipate much trouble at all because most people today who are in high school or younger are pretty familiar with the basic use of a tablet.

“It’s designed to be very simple so that it will feel like, basically: you read just like you would on a piece of paper, you press a button for whichever choice you want to make, very simple,” Testy said. “But we really love for students to try and do anything they can to reduce anxiety because we really want them to perform their best while they’re there.”