Pumpkin yield highest in 20 years ahead of fall celebrations 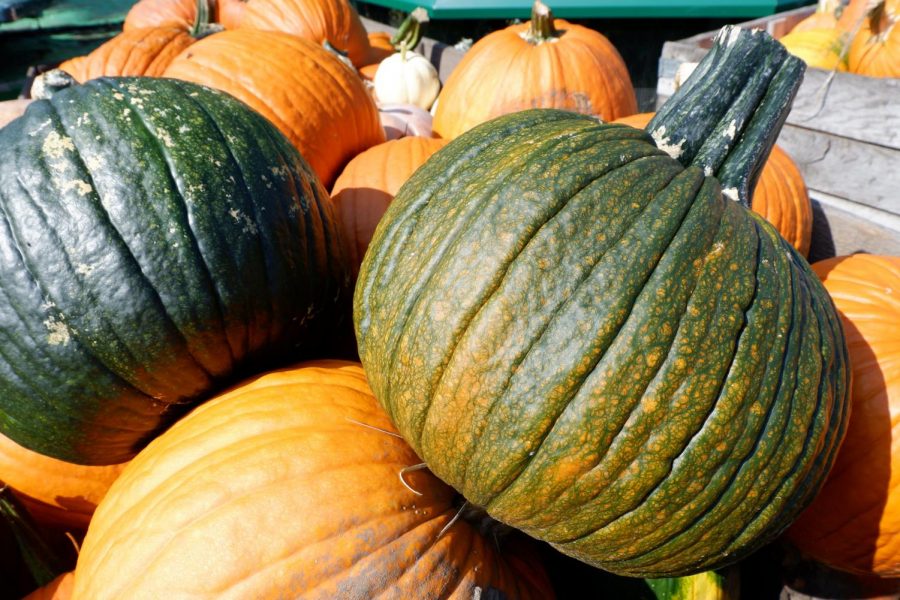 Illinois saw a record-breaking pumpkin yield ahead of fall festivals this year due to ideal weather prolonging the growing season.

As fall holidays approach, people in the Champaign-Urbana area won’t have a problem finding the best pumpkins for jack-o’-lanterns and holiday pies.

This year, the Illinois pumpkin crop has the highest yield the state has seen in 20 years. Randy Graham, co-owner of Curtis Orchard and Pumpkin Patch in Champaign, said the crop this year is “a bit stronger than normal.”

“Normally by this time we’d be about out, but we still have a pretty good supply out there because we got more tons per acre than normal,” Graham said.

Graham said this season’s weather has been especially conducive for the development of crops like pumpkins because of this year’s moisture levels and temperatures.

“We had pretty good, timely rain, not only throughout the summer, but into the early fall,” he said. “We had a lot warmer September, and the vines kept growing well into October, making a longer growing season that produced a greater volume.”

“There’s been a big corn crop as well because of that good weather,” Bullock said.

Several decades ago, a yield this size would have been impossible, as an invasive fruit disease nearly wiped out the state’s crop, said Mohammad Babadoost, a plant pathologist at the University who specializes in pumpkin pathology and disease.

“We used to have a disease called phytophthora,” Babadoost said. “It would go to the fruit, and the fruit would start rotting.”

Babadoost and his team were part of the effort to salvage the state’s industry by researching ways to minimize the disease and its effects.

“Illinois is the leading state in pumpkin production in the nation,” he said. “In fact, our production is almost three times as big as the next state. We produce roughly 90 percent of the canned pumpkin preserves in the nation, and we are also the biggest Halloween pumpkin-producing state.”

Bullock said a lot has changed in farming methods since that time as well. He and his team focus on the development of precision agriculture technology that allows for greater data analysis on larger fields.

“We’re working with 40 to 50 different farmers right now to run great big field trials on fertilizer rates and the effect (they have) on the yield,” Bullock said. “Because of our development of precision agriculture technology, we can collect a lot more data, and the farmers have been really great and receptive to it.”

Babadoost said one way farms have taken advantage of crop levels in recent years is by diversifying agritourism with activities such as farm tours, hay-bail rides and corn mazes.

“We have lots of agritourism right now,” he said. “Huge numbers of people, sometimes more than 5,000 a day, are coming to Illinois, visiting our pumpkin patches and buying the pumpkins. That’s one area that’s been really growing.”

Curtis Orchard is one such farm that uses agritourism and entertainment, with its website advertising for birthday parties, pony rides, a goat petting zoo, face painting and more.

Still, Graham says a large part of attendance at the orchard is dependent on whether or not the farm has enough products, such as pumpkins, to go around.

“I have noticed a very strong late surge of customers, and I think it helps that they are finding what they want out there,” Graham said. “One guy wanted about 10 good carving pumpkins and couldn’t find any in town, so he came, picked them out in a few minutes and was happy.”

Despite the state’s current high pumpkin yield, there are more threats on the horizon that have captured Babadoost’s and other plant pathologists’ attention.

“We have one bacterial disease that’s reemerging,” Babadoost said. “Beginning in 2006 to 2007, we started seeing this disease more and more in the Midwest. It’s becoming worse and worse, and we’re trying very hard to take care of it, but our crop has been the most susceptible because of more rainfall and an unusually warm September and early October.”