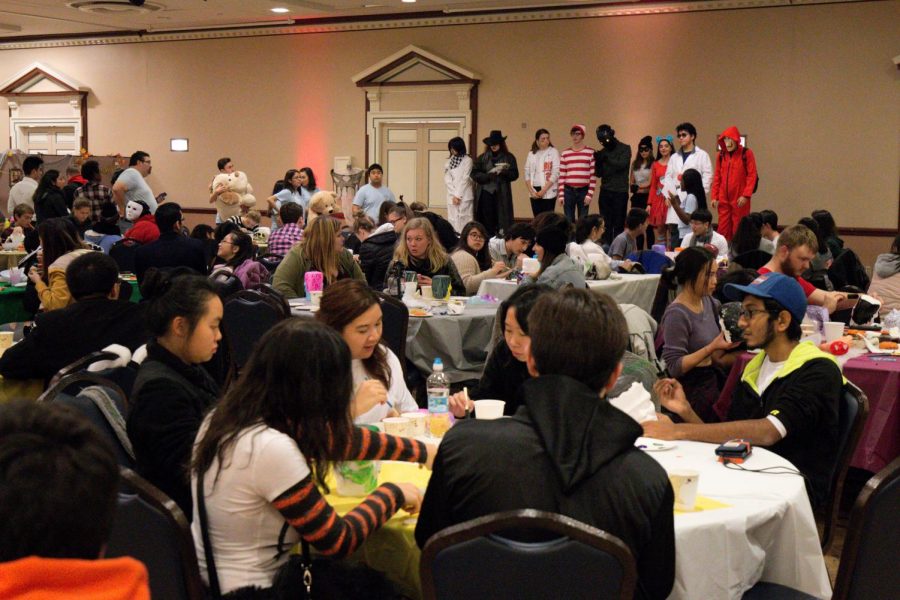 The Six Flags Fright Fest, set for Oct. 20, was canceled four days prior through social media, making it the third event hosted by the Illini Union Board canceled this month; however, the message wasn’t effectively delivered to some students who purchased tickets to participate.

“The bus company that we had hired for Fright Fest (canceled) on us a week before the event. Unfortunately, we couldn’t find an alternative in time that could fit our budget,” wrote Jaz Monahan, president of IUB and junior in Business, in an email.

Monahan said procurement also played a role in the cancellation since there was not enough time to submit a new purchase order in this instance.

Chan Hee Park, junior in LAS, paid $30 for the event and said if it weren’t for his friend who told him about the cancellation, he would have waited for the bus in the cold.

“We are always exploring ways to better communicate and provide information for our participants and provide meaningful programming that will appeal to all students,” Monahan wrote.

Another student who planned to go to the Fright Fest event was Erynn Nicholson, junior in LAS. She bought tickets for her boyfriend as his birthday gift and was upset when she heard about the cancellation through a screenshot of IUB’s Twitter page sent to her by her friend.

“Considering the CRCE Homecoming Party had just been (canceled) a few days before, I was disappointed,” Nicholson said in an email. “I was looking forward to going because it would have been such a nice getaway from all the stress at this school.”

Prior to the cancellation of the Fright Fest event, IUB canceled the Homecoming Comedy Show on Oct. 9 and the African American Homecoming Dance at CRCE on Oct. 13.

Each event was canceled due to different circumstances.

“The Homecoming Comedy Show was (canceled) because the comedian chose to cancel the event for a different career opportunity,” Monahan wrote. “The African American Homecoming Dance at CRCE was (canceled) due to lower than expected ticket sales. The event is self-funded, therefore the tickets must reach break even.”

Nicholson said she recommends IUB not advertise things unless they are 100 percent sure the event will happen.

However, Monahan said IUB is constantly reviewing how it plans and runs events to prevent as many issues as possible. It is also exploring partnerships and collaborations that could be more meaningful for future events.

“The directors on the board love to plan great events for our campus, but like all events, they are exposed to a lot of risks that are out of our control,” Monahan wrote. “We try to manage those inconveniences as much as we can with the time and budget we have.”