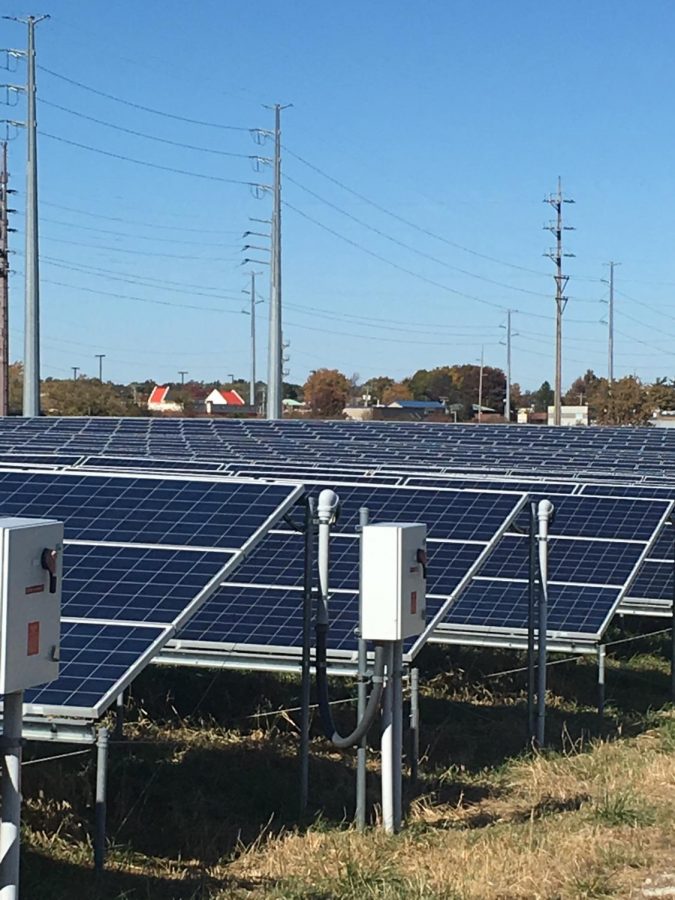 The University is planning the addition of a second solar farm before the end of 2019 and the project agreement will be put out for bid.

While the first solar farm was purchased by making payments over a period of ten years, the University will try to make the payments for the second solar farm last 20 years, using the Board of Trustees’ energy efficiency corporation, Prairieland Energy, Inc.

Morgan White, associate director of Facilities & Services and director of sustainability at F&S, said the current farm provides the campus with 6-gigawatt hours per year, enough to power 600 standard American homes, but the goal with the new farm is to boost power to 24 gigawatts hours per year.

White said the new farm will be located between First Street and Neil Street and will provide a valuable example of the benefits of solar energy within and outside the community. The purpose of the farm is to help the campus meet clean energy targets in its Illinois Climate Action Plan, she said.

According to a press release, Savoy officials want to maintain the aesthetic of areas surrounding the solar farm and plans to plant flowers or trees along Curtis are being discussed. Since weeds were also a problem at the first site, pollinator plants will also be included throughout the new site.

White said the site selection committee considered expanding the current solar farm instead of adding a new one, and rooftop solar installations were not used because factors associated with the cost prevented the idea from transpiring.

“The farm (has) been a tour destination for hundreds of people around the state, people who are interested in building their own solar farm, landowners who are considering whether to allow a solar developer and students of all ages,” White said. “It’s been a visible sign of the University’s commitment.”

White said the project’s implementation and success is meant to provide an example to students, other institutions and communities that the switch to clean energy is possible.

“We’re trying to educate the future leaders of the world on the ability and the reality of how to implement clean energy,” White said.

Correction: A previous version of the story misidentified the partner for the second solar project. The Daily Illini regrets this error.