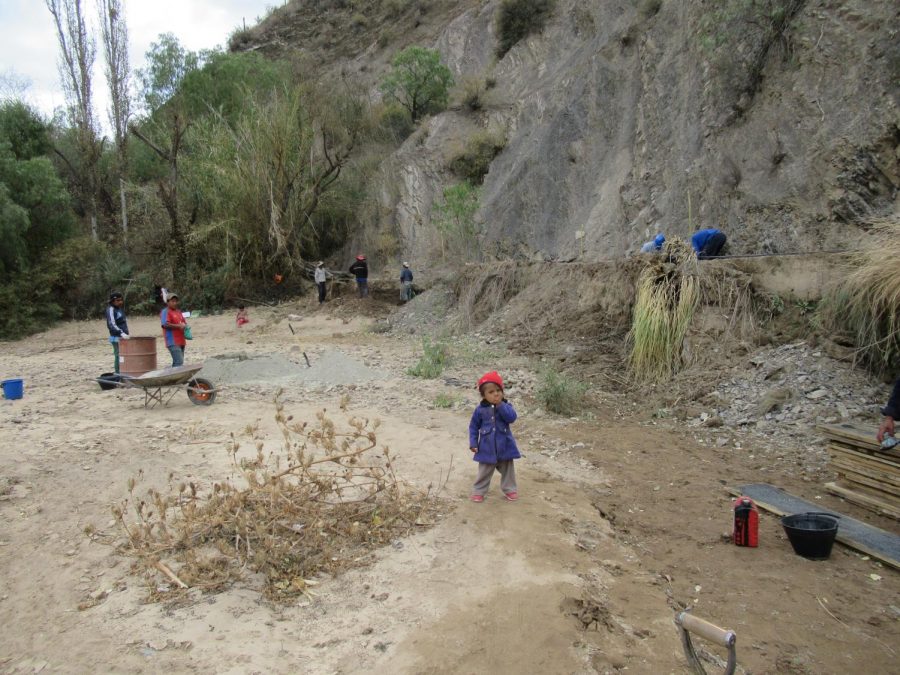 A project worksite in Bolivia attracts community laborers who often bring their children, pets, and elderly relatives. While student workers wearing hardhats work on an irrigation trench, a toddler meanders among workers who use local methods for mixing concrete with shovel and pail – a practice that violates multiple workplace safety procedures practiced in the industrialized world.

Ann Perry Witmer, professor in Engineering, is developing an algorithm that may help engineers better consider the unique context they are serving when working on projects.

The idea came to Witmer when she was working in Wisconsin with organizations on infrastructure projects in rural Central America.

“From the day I started doing this work, I began to notice that something was wrong with the way engineers approached their design; they were thinking primarily about their own expertise instead of considering the conditions and needs unique to their client community,” Witmer said in an email.

“I saw that engineers often struggle to see their technology users as people who have specific needs, beliefs and skills so that they can match the design to the client context,” she said.

The struggles Witmer noticed led her to develop a study which uses questionnaires and a computer algorithm to guide engineers when they work with cultures they are unfamiliar with.

The algorithm works to put together what a community infrastructure may need to better serve its unique culture, economy, politics and more, a process that is called contextual engineering.

Witmer said she has helped communities in four continents. One of her first projects she was a part of had her believing she was bringing her expertise to people who lacked certain education or resources.

“But I learned through experience, observation and lots and lots of conversations that maybe I’m the one who should be learning from others when working on a project, then merging my own knowledge into the client’s framework,” she said. “And my goal isn’t to make people more like me.”

The goal is to provide a community with tools so that it can advance the way it wants to, Witmer said.

“Honestly, contextual engineering has the potential to improve engineering in any field, in any location,” Witmer said. “The idea is similar to user-centered design, but it goes a step further in asking practitioners to think about the filters they apply to their own thinking in assessing the client.”

For example, Witmer said Madison, Wisconsin, and Green Bay, Wisconsin, are different in many ways, including in politics and values, but it would be easy to approach a design for both cities in the same way considering they both fall under the same state and federal regulations.

“In the same way that I’d assess my client in Senegal and differentiate it from my client in Bolivia, I should be looking at the unique context in which each of my clients reside even if they’re right next door to each other in Illinois,” she said.

“I would hope that others recognize this is where the real, technical engineering challenge resides,” Witmer said. “And it takes a rigorously trained engineer to practice contextual engineering in the field.”