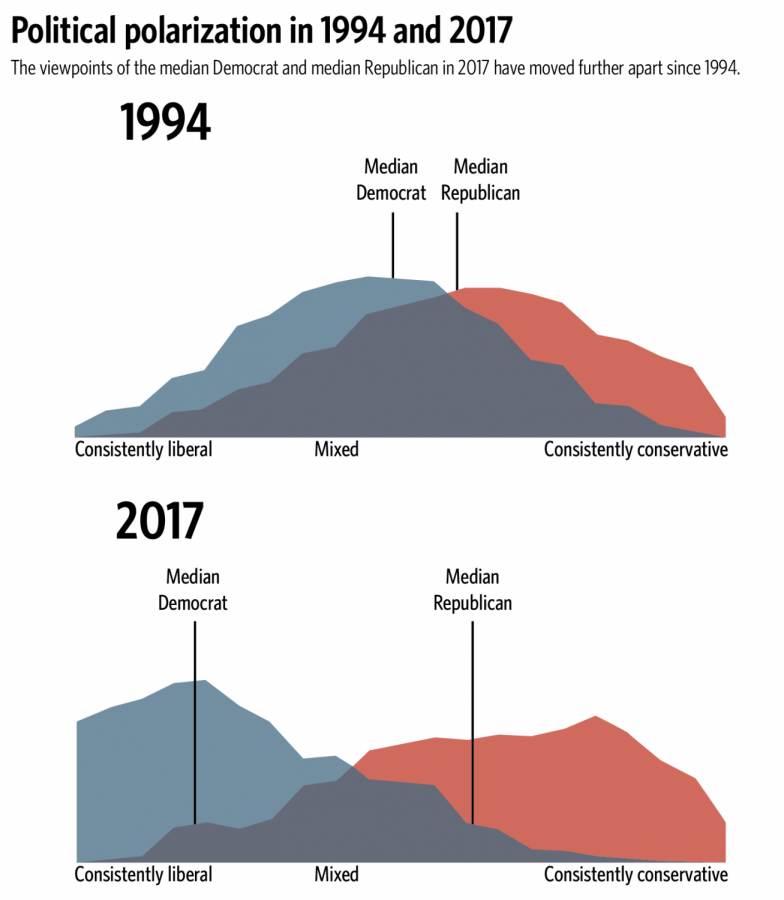 A spring semester sociology class, SOC 396: Bigots and Snowflakes, will examine diversity in political viewpoints and the damage caused by the lack of political diversity.

The institute found in 2014 that 60 percent of faculty across the country identify at liberal or far left, while only 13 percent identify as conservative or far right.

Ilana Akresh, associate professor in LAS, created the course after hearing people constantly talk about and debate their political views. Akresh has also noticed people are making decisions over complex issues without looking at different viewpoints. She said she wants to help people make decisions with an open mind.

Akresh will delve into why society needs political diversity, saying in her syllabus that viewpoint diversity falls along a spectrum between conservatism and progressivism. To have a healthy society, Akresh said civil political conversation needs to fall in the middle of the spectrum.

“When I hear people talk about (politics), I (hear) different views. Even in my rooming situation, my suitemate is hardcore Republican, and there’s another one that’s really liberal,” Dunn said. “It’s pretty diverse.”

However, Maddy Hopkins, freshman in LAS, disagrees. She said the University does not have enough political diversity.

Hopkins is from a rural town and found the University to be much more diverse than her hometown, but said it could do better to become more politically diverse.

Akresh wants to introduce students to another form of political thinking. According to her syllabus, the course “will often focus on opinions and perspectives that are traditionally omitted. These often — though not without exception — coincide with nonprogressive views or uncomfortable questions.”

Specifically, the discussed opinions and perspectives will lean conservative because the campus already leans left, and there isn’t enough representation for conservatives, according to Akresh. Topics includes critical race theory and conservative opinions of other controversial issues.

Akresh said the terms are only being used to bring attention to the course and are not meant to offend anyone.

“My guess would be that people who are offended by the title probably are not registering for the class, but I could (be) wrong,” Akresh said. “But it could be exactly why they register for the class.”

Dunn said the name of the course did not bother her.

The course will be offered Tuesdays and Thursdays at 9:30 a.m.

“I welcome people from a wide range of perspectives,” Akresh said. “That’s the whole point.”