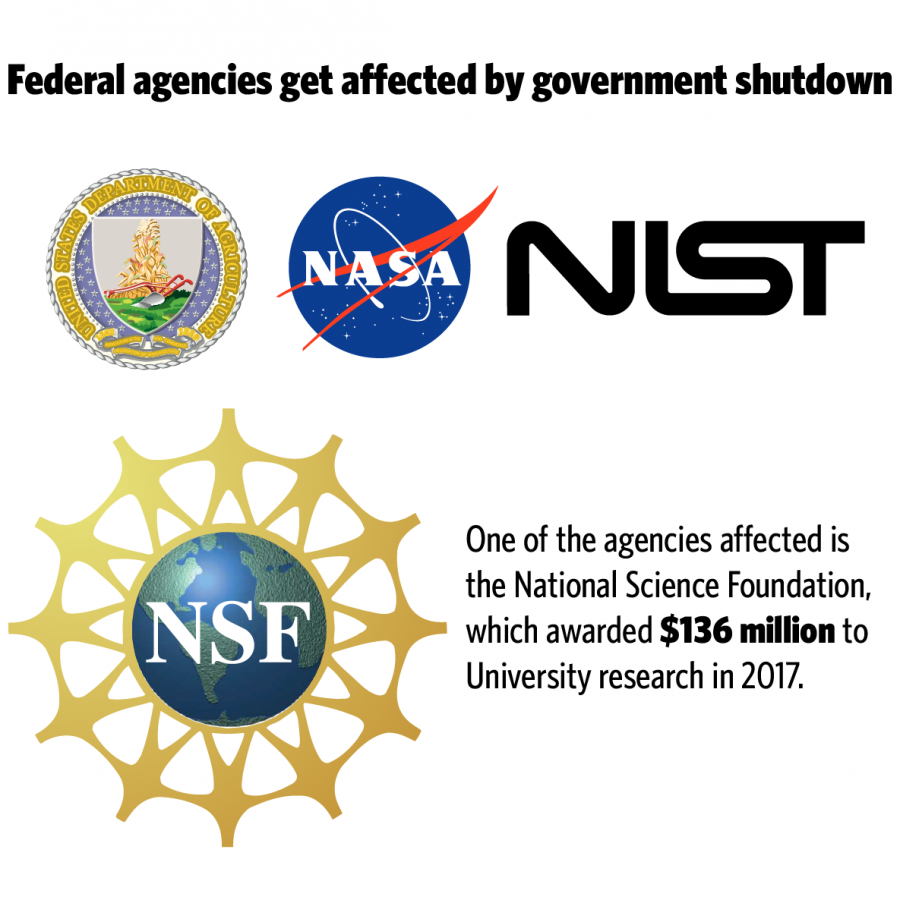 Source: Office of the Vice Chancellor for Research

Research at the University may experience some difficulties in funding and proposal delays due to key federal agencies being affected by the partial government shutdown.

If the shutdown is brief, the University will see very little impact with respect to its research, said Melissa Edwards, executive director of Strategic Research Communications, in an email.

Federal agencies are responsible for funding many research projects at the University.

In the 2017 fiscal year, the National Science Foundation awarded about $136 million to researchers at the University, more than any other university in the nation.

The NSF is just one of several federal agencies affected by the shutdown. Other agencies include the United States Department of Agriculture, National Institute of Standards and Technology and NASA.

The University’s Sponsored Programs Administration created a web page to answer many questions researchers might have about how their work will be affected by the government shutdown.

Researchers who received funding before the shutdown and whose period of performance remains open do not have cause to worry, according to the website. They are still able to expend funds from existing federal rewards.

Karen Rodriguez’G, director of the Office of Undergraduate Research, said some federally funded research experiences for undergraduates are also being affected.

“I know, for instance, that the (National Institute of Standards and Technology Summer Undergraduate Research Fellowship) has been delayed in that the portal is shut down, and I imagine other federally funded programs for undergraduates are probably affected,” Rodriguez’G said.

The Summer Undergraduate Research Fellowship is a program funded through the NIST and encourages undergraduates to pursue careers in STEM fields.

Rodriguez’G said some programs funded through the National Endowment for the Humanities are also being affected.

Edwards said the Office of the Vice Chancellor for Research is monitoring the federal shutdown situation, and it hopes the issue can be resolved quickly.

“We sincerely hope that the shutdown will be resolved soon because if it is, the impact likely will be negligible for institutions like ours,” Edwards said.