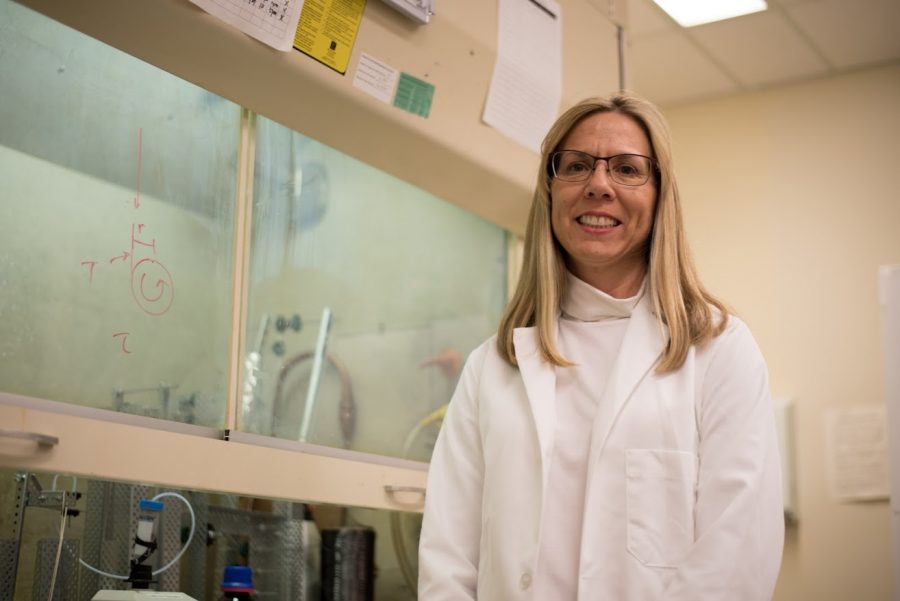 Nancy Sottos, professor in Engineering, is one of the recipients to the Swanlund Endowed Chair.

After countless hours of research and hard work, three University professors have been recognized by Chancellor Robert Jones for their dedication to their fields of study.

Finkin, professor in Law, is the recipient of the Michael Aiken Chair. His studies extend to the field of comparative labor and labor relations.

“For the past 20 years, I’ve gotten very interested in comparative labor and domestic American labor law of collective bargaining, and the law of individual employee rights,” Finkin said.

Finkin said he is grateful for the acknowledgement his area of study will receive.

“If there’s any one thing that pleases me, it’s the recognition, not of me personally, but of the area that I’ve devoted my life to for the past 20, 25 years,” he said.

Sottos, professor in Engineering, is a recipient of the Swanlund Endowed Chair. She acknowledges her scientific research as a prime factor of her recognition.

“I believe this chair recognizes my collective research contributions in the areas of autonomous materials systems and composite materials, as well as my contributions to undergraduate and graduate student education, and mentoring during my career here at Illinois,” Sottos said.

“It is a real honor, and I am really humbled because there are so many amazing faculty here at the University of Illinois, so I really do feel humbled by the distinction,” she said.

Han, professor in Engineering, is also a recipient of the Swanlund Endowed Chair. He attributes his recognition to his impactful research and strenuous work throughout the community.

In 2018, he was given the Funai Achievement Award in Japan, of which he became the fourth non-Japanese recipient in history to ever receive it. Han said he is extremely appreciative of all of the people he has worked with throughout his career and believes they all assisted him on his path to becoming such an esteemed individual.

“I just thank my colleagues, my students, my supporting staff (and) the department,” he said. “They’ve also supported me for many years. I really appreciate their contribution and support; otherwise, I alone cannot make it.”