Alcohol-related citations drop since past Unofficials 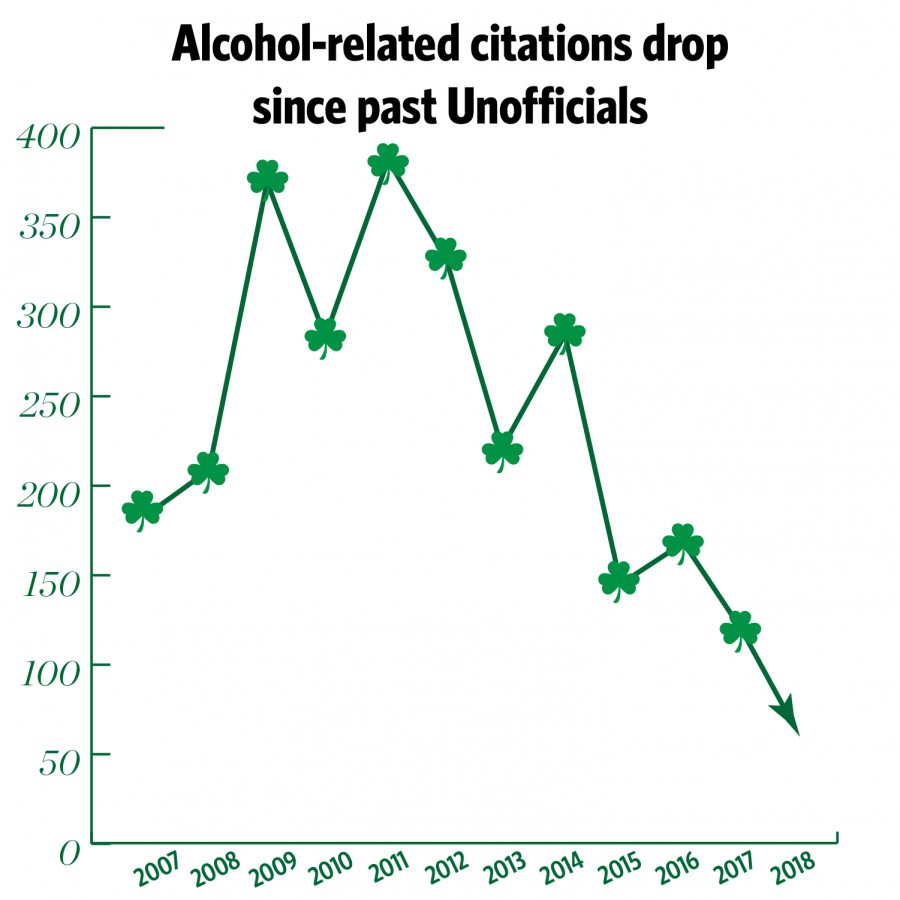 These Notices to Appear are not bar citations. While these could be issued for a variety of reasons, the vast majority are for public possession of alcohol or minor in possession of alcohol, according to an email from Patrick Wade, communications director for the division of public safety.

The highest number of citations was seen in 2011, with a total of 364 NTAs issued. The number has also been on the decline for the last three years.

These citations are all related to Unofficial in some way, Wade said. Although the numbers are provided by the University Police Department, it is an aggregation from all the law enforcement agencies involved with Unofficial.