Business as usual for campus bars on Unofficial 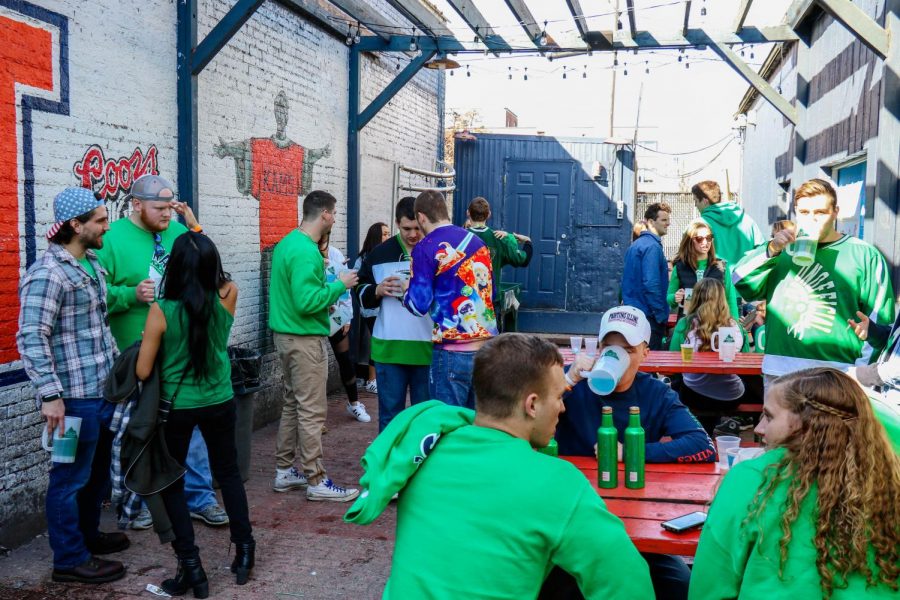 Patrons of KAM’s hang out in the beer garden during Unofficial on March 3, 2017.

Bars and liquor stores in close proximity to the University will have modified service during Unofficial weekend, after both Champaign and Urbana issued emergency orders.

Chris Fox, manager at Joe’s Brewery, said they will not do anything extra to prepare for Unofficial, besides what Champaign requires them to do.

“With people having to be over 21, we actually think it might be a good night,” Fox said. “We don’t think it will be too much different.”

Scott Wilkens, manager at Brothers, said they will have extra staff at hand. He also said staff will be more strict with customers and have better communication with police and Champaign officials. A zero tolerance policy will be in order.

Josh Pearson, owner of Illini Inn, said the bar will not be changing anything for Unofficial weekend.

Scott Cochrane, owner of Red Lion and KAM’s said he is also not changing anything for Unofficial weekend. He confirmed the weekend will be “business as usual.”

“Unofficial is pretty much dead,” Cochrane said. “It’s dead in my eyes.”

Both Legends and Murphy’s Pub declined to state their plan for Unofficial weekend.

An assistant manager for The Canopy Club, located within said boundaries, said they are not too worried about Friday, as there is a private event going on at 9 p.m. anyway.

Keg permits will not be issued from 12:01 a.m. Friday to 2:30 a.m. Sunday. Customers will also have to fill out adult responsibility forms if they purchase 168 or more 12-ounce beer or malt beverages, 100-ounces of distilled spirits or 1 keg.

Prince Ghaman, supervisor at Illini Pantry, said the emergency order should not affect their business.

“It’s not going to affect us that much,” Ghaman said. “I don’t think (the emergency order) is even helpful.”